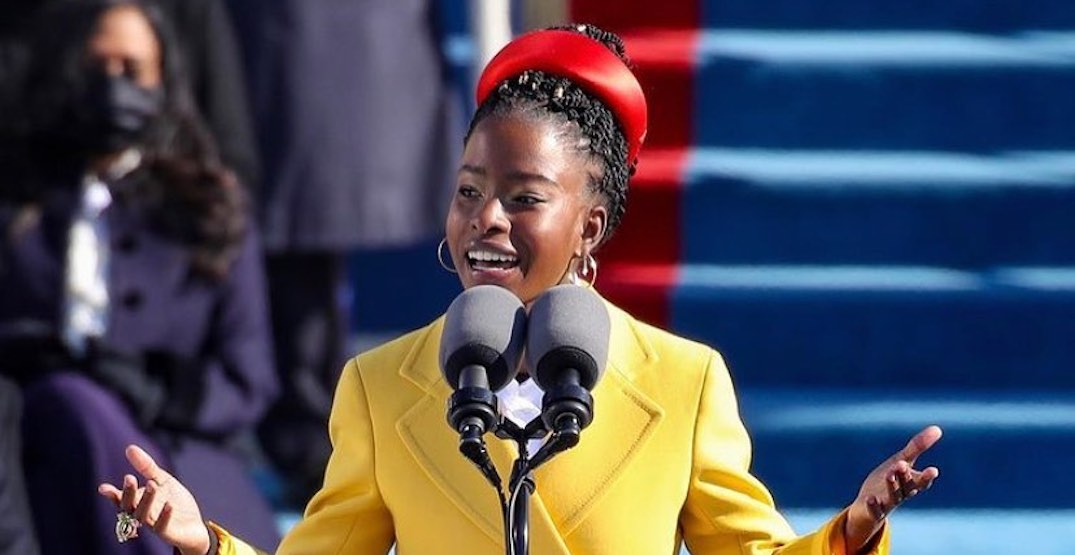 A viral inauguration poet is getting another day in the spotlight.

The NFL has announced that poet Amanda Gorman, who drew rave reviews during Joe Biden’s Presidential Inauguration, will be a part of the Super Bowl LV pre-game show on February 7 in Tampa, Florida. She will become the first poet ever to perform at the Super Bowl.

The 22-year-old Los Angeles poet will recite a new poem before the official coin toss, to recognize some Americans for helping their communities during the coronavirus pandemic.

The NFL selected educator Trimaine Davis, nurse manager Suzie Dorner, and Marine veteran James Martin as honorary captains for embodying the “It Takes All of Us” messaging the league has pushed this year.

“During this incredibly challenging time in our lives, Trimaine, Suzie, and James have exemplified the essence of leadership, each in their own way,” NFL commissioner Roger Goodell said in a press release. “We are grateful for their commitment and proud to share their stories and recognize them during this special moment on Super Bowl Sunday.”

Gorman was lauded for her rendition of the poem “The Hill We Climb,” during President Joe Biden’s inauguration. Her poem received praise from thousands on social media including Lin Manuel Miranda, Barack Obama, Hillary Clinton, and Oprah Winfrey.

In 2017, Gorman was named a National Youth Poet Laureate for her work involving social justice, advocacy, and being active in civil discourse.