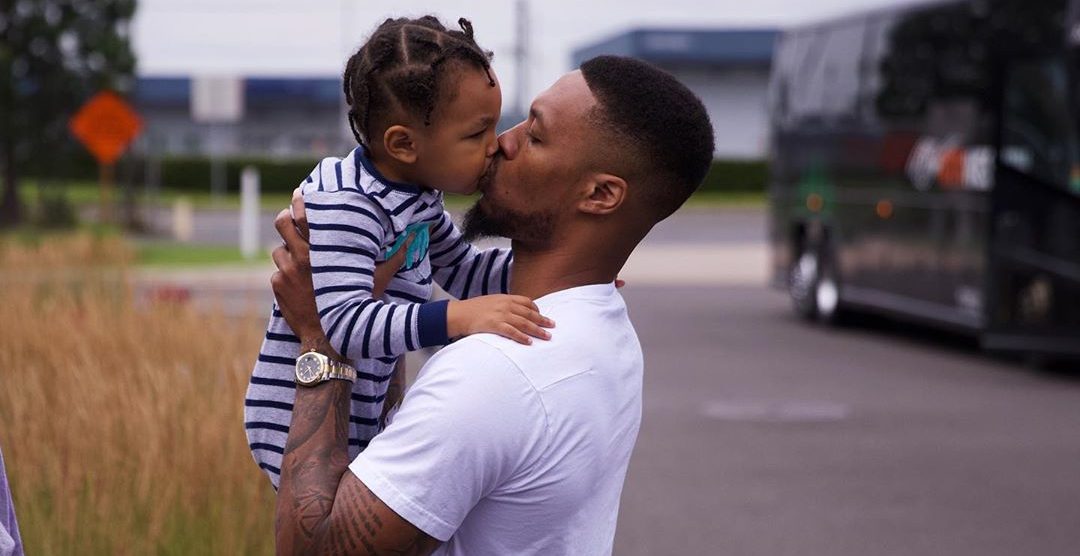 After a sidelining knee sprain saw Damian Lillard leave the court against the LA Lakers in Game 4 of the NBA Playoffs, the undisputed star of Rip City has left the bubble in Orlando.

Wednesday was a historical moment in professional sports. Beginning with the Milwaukee Bucks, who refused to take the court for their game against the Magic, many teams, and numerous leagues, have seen an instant strike.

Citing inaction, and following yet another unarmed black man shot by police — this time in a small town in Wisconsin (mere miles away from Milwaukee) — all NBA games on Wednesday night were canceled and eventually postponed by the league.

Later last night, after a large meeting between all of the players, it was reported that Damian Lillard would be exiting the bubble for another evaluation on his injured knee.

On Thursday morning, Lillard posted a photograph of himself on a private plane, with his toddler son on his lap.

“Dislocated finger… Lateral knee sprain … but this is good for the soul … missed my baby boy,” he wrote in the caption.

As of this morning, NBA games slated to take place on Thursday have been reportedly canceled, but the teams have agreed to eventually resume the NBA Playoffs, according to ESPN’s Adrian Wojnarowski.

With a few examples set by NBA veteran Lou Williams, and newcomer Zion Williamson, if Dame were to find a way to heal in time to have the opportunity to return to the bubble, he would be forced to quarantine.

Damian Lillard will leave the NBA campus in Orlando on Thursday & return to Portland for further examination of his injured right knee. Lillard’s availability to return to the Orlando campus is yet to be determined. Further updates will be provided as necessary.

Given that the Trail Blazers’ hype-train has slowed to a crawl thanks to three straight blowouts by the Lakers, it is unlikely that Portland will have important games to play if and when Lillard is healthy enough to return.