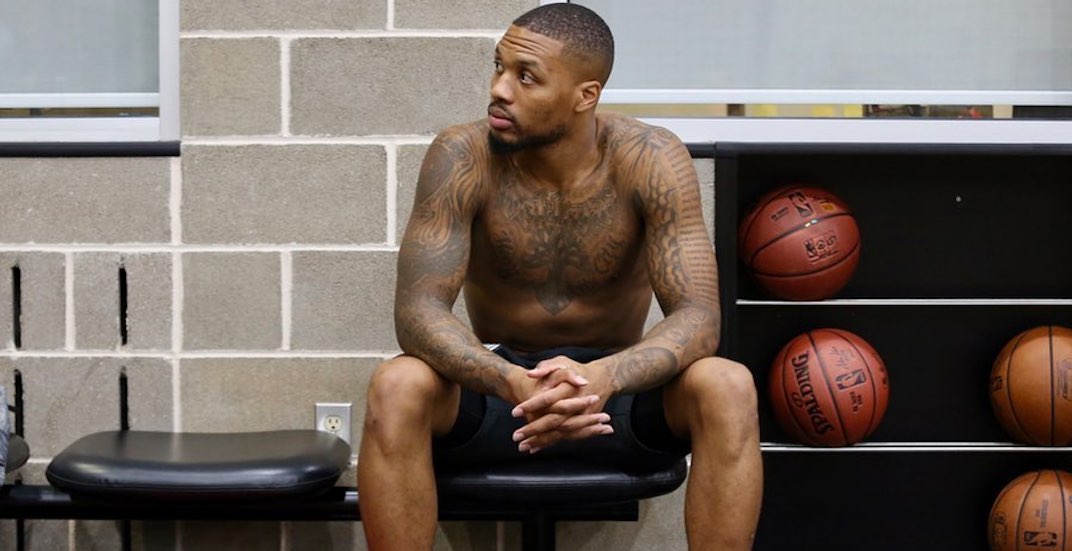 From comebacks, to upsets, to Damian Lillard waving the Oklahoma City Thunder off the court, fans were treated to an incredible 2018-19 campaign.

Now the focus shifts to a new season, with a new roster and new personalities.

With basketball back in full swing, the social feeds of the 2019-20 Blazers have started to fill up with on and off-court content from this season.

To keep you in tune with this year’s team, here’s your guide to following every player on Instagram.

The current face of the franchise, Damian Lillard put pen to paper and signed a four-year supermax contract extension worth $191 million this summer to keep him in Portland through the 2024-25 season.

As the longest tenured member of the Blazers, most fans probably already follow Dame on Instagram, but if you don’t you are missing out on some quality off-court posts from his rap to his pregame ‘fits.’

C.J. McCollum also inked a new contract extension this summer, locking down a three-year $100 million extension to keep him paired in the backcourt with other Batman for the foreseeable future.

It’s no secret that McCollum has an interest in media following his playing days and he has built himself an entertaining podcast called “Pull Up with C.J. McCollum.” Riddled throughout his Instagram feed, you can find excerpts from his conversations surrounding basketball, other sports, and specific athletes.

Happy Birthday 🎉 🎈 🎂to my dearest friend and lover. Thank you for bringing happiness into my life. I love you with all my heart ❤️#srecanrodjendan #hadžomoj #sreća

The ‘Bosnian Beast’ Jusuf Nurkic suffered a devastating leg injury back in March, that required surgery and has since kept him out of action. Before he went down, he was averaging career best marks in points (15.6) and rebounds (10.4) so Blazers fans are eager to see him fully recover.

Nurk isn’t expected to be back in action until the new year, so in the meantime, Instagram is a good way to get your Jusuf fix.

Hasan Whiteside has been all smiles since finally getting traded from Miami and landing in PDX. As he adapts to his new surroundings and new teammates, he’ll continue to be straight flexin’ on his Instagram feed.

After a stint with the Cleveland Cavaliers left much to be desired, Rodney Hood finally found a system he can thrive with in Rip City. One of the unsung heroes of last year’s playoff run, Hood has found more consistency in his game and has seemingly embraced the city as much as fans have embraced him.

Instagram is a good way to familiarize yourself with the most recent signing of the Trail Blazers. Carmelo Anthony has been looking for an NBA team to call home for nearly a year and his Instagram reflects that in the best way possible.

Melo has been travelling the world, is a wine connoisseur and loves his fashion, so this offers something for even the faintest of hoop fans.

Kent Bazemore had been a longtime staple of the Atlanta Hawks starting lineup before being traded to Portland this past summer. In his move to PDX, with him he brings an Instagram feed of high quality on-court photos mixed with adorable shots of his wife and child.

Doing is one thing, doing it right is a whole different story.

Zach Collins was expected to take on a bigger role with the team this year, having shown glimpses of potential in each of his first two seasons. An unfortunate shoulder injury just three games into this year has resulted in Collins missing the next four months, so Blazers fans will have to put their excitement on hold.

Pau Gasol’s illustrious career has taken him all over the NBA, with his latest stop being Rip City. The big Spanish centre offers a veteran presence and a voice of reason for the young guys on the roster.

Got another one tomorrow RipCity… good to see my brother Moe tonight ..

Second-year guard Anfernee Simons has burst onto the scene to become a top scoring option off the Blazers’ bench this season. With a lot of positive signs in his game and starting to draw the attention of the league, it’s time to jump on the Simons bandwagon now.

Anthony Tolliver operates his Instagram account as if he doesn’t even play NBA basketball. It’s very family centric for the 34-year-old and the description mentions his interests like ‘entrepreneur’ and ‘real estate investor,’ but fails to mention his current career, you know, as a professional basketball player.

Jesus, this is for your glory! #HeGotMeCovered #ToGodBeTheGlory

Skal Labissiere struggled to fully find his groove in his first season with Portland last year. He’ll be looking to change that and build upon his resume, entering his second year with the club.

Mario Hezeonia’s Instagram handle is supermariohezonja…isn’t that all the information you need?

It didn’t take long for Nassir Little to get in the good books of head coach Terry Stotts. The Blazers’ 2019 first round pick has impressed in his young career and already has seen minutes as a starter. Rip City may have another gem on their hands.