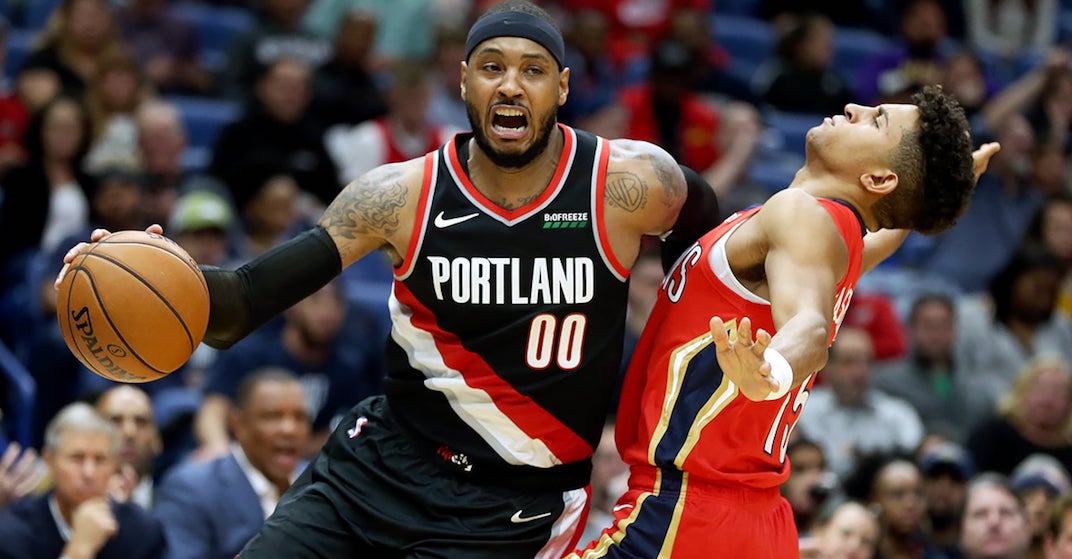 Carmelo Anthony has been on fire ever since joining the Portland Trail Blazers last month.

It looks like Melo’s here to stay, as he was just named NBA Western Conference Player of the Week.

Anthony recorded a season-high 25 points on November 25 in Chicago, to go with two assists, one steal, and eight rebounds.

The 35-year-old scored 19 points, two assists, and four rebounds on November 27 against Oklahoma City. Anthony was at it again on Friday, registering 23 points, 11 rebounds, four assists, and one steal at home against the Bulls.

This is the 19th time that Anthony has been awarded the title of Player of the Week, but is the first time that he’s brandishing this accolade since 2014.