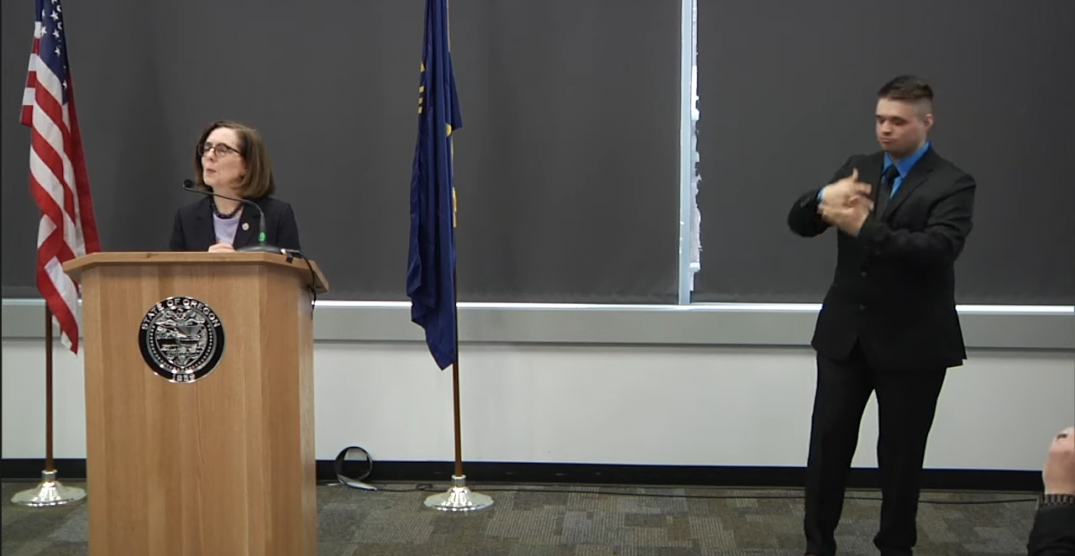 Oregon’s current school closure orders will be extended until the end of the current academic year.

“I know that schools closing for the remainder of the year is not the news you’d hoped to hear,” Oregon Governor Kate Brown said during a Wednesday press confrence.

This is the first update on the closure since all schools were shuttered near the beginning of March. The situation surrounding next year’s K-12 education plans will be reevaluated closer to the summer.

All high school seniors that had a passing grade before the closure of schools, will receive that grade as their end-of-year credit to graduate.

“I refuse to punish students … because they could not attend classes for over two months,” added Brown.

For those final-year students that did not head into the closure with passing grades, Brown says that schools and teachers have been putting together programs to allow those kids to improve their grades before the end of the year.

In addition to the grade-school closure extension, Brown also extended the order for the post-secondary institution’s ban on in-person classes. It was also announced that the Department of Education will ensure all enrollment and acceptance to Oregon-operated post-secondary schools will not be affected by the closure.

“We have Oregon’s students at the forefront of every decision we make about education,” said Brown.

Director of the Oregon Department of Education, Colt Gill, revealed plans to further assist in the tutoring and teaching of students in a remote atmosphere. Though no formal plan is mandatory, simply recommended.