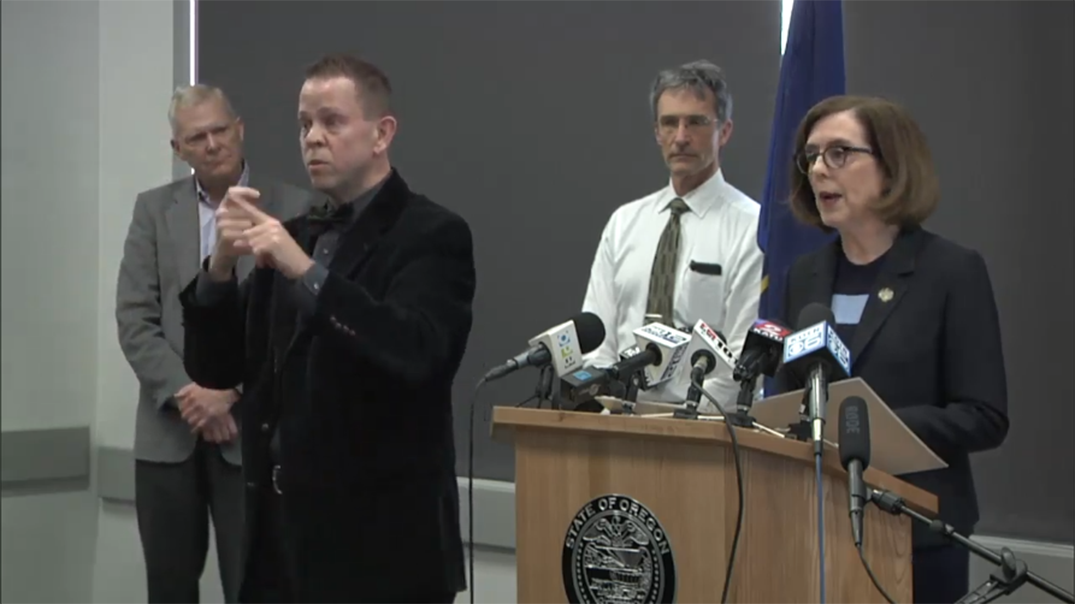 In an update given by the Oregon Health Authority, the state has ordered all food and beverage establishments to only offer carry-out service due to the ongoing COVID-19 pandemic.

“In a global pandemic, days are like weeks, and every hour counts.” opened Oregon Gov. Kate Brown.

Additionally, Brown stated that all gatherings above 25 citizens have been banned. The executive order will take effect on March 17, and last “for at least four weeks.” Though, it’s important to note that “essential locations like workplaces, grocery stores, pharmacies, and retail stores [are] exempted.”

“Any establishments not complying with these measures will be subject to a Class C misdemeanor,” said Brown.

The ban comes just an hour after the White House issued new guidelines from the Center for Disease Control that state that gatherings of 10 or more should be avoided.

Brown also declared an “Abnormal Market Disruption” that will prevent price-gouging on essential items like hand sanitizer and toilet paper. “I would encourage Oregonians to stop purchasing huge quantities.”

During the update, Brown also revealed that she is convening a Coronavirus Economic Advisory Council to mitigate impacts of the new bans on Oregon business.

Firstly, a COVID-19 Health Care System Joint Task Force, aimed to focus on capacity issues around the state of Oregon. All metro hospitals will “act as one, large, unified, treatment system.”

Also activated was the state’s Unified Command Emergency Response Organizational Structure. The same one that has been prepared in case of a major Cascadia earthquake of emergency of that scale. It’s a structure that integrates the OHA’s response efforts with the Office of Emergency Management in an attempt to minimize the hoops and systems that have the potential to delay testing and care.

“Closing schools and the places we gather were incredibly difficult decisions. But isolation from our friends and neighbors is the only way to flatten the curve of transmission and get Oregon through to the other side of this,” said Brown.