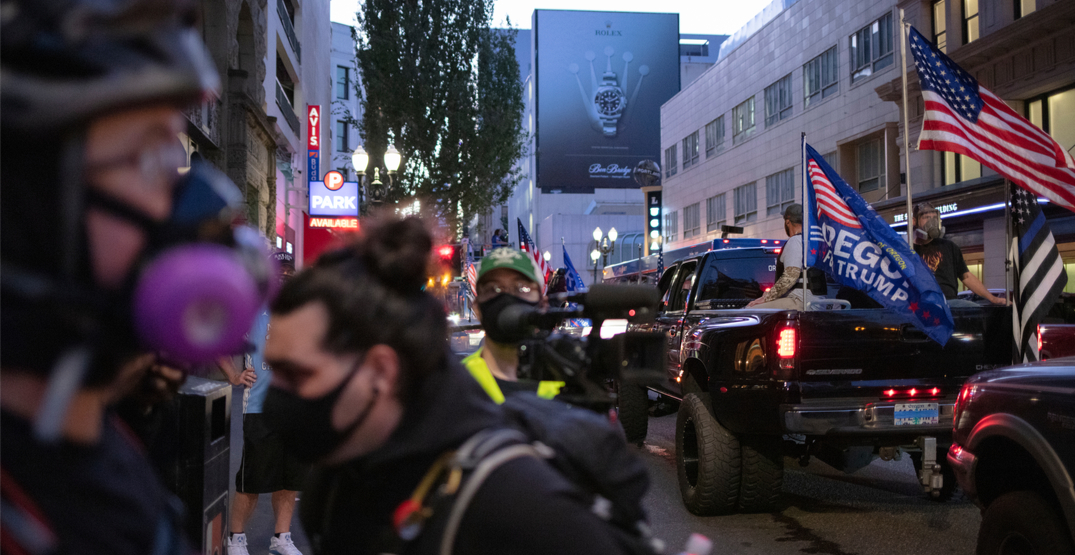 Governor Brown said she is putting State Police Superintendent Terri Davie and Multnomah County Sheriff Michael Reese in charge of public safety in Portland this week. The National Guard will also be on-call.

“Every Oregonian has the right to express themselves freely, and to peacefully assemble,” said Governor Brown. “However, I want to be very, very clear that voter intimidation and political violence will not be tolerated. Not from the left. Not from the right. Not from the center.”

Watch my press conference here at 10 a.m. to discuss city, county, and state law enforcement efforts to keep the peace and protect free speech in the City of Portland this week: https://t.co/ZFIr4bu2py

Oregon National Guard Major General Michael Stencel said, “We’ve got a number of units that will be available on standby to assist in riot or crowd control, traffic control, detention support, logistics, or whatever may be needed or requested.”

“We are primarily in a supporting role,” added General Stencel.

Governor Brown said authorities have been ensuring they have their resources in order for a few weeks now.

“We do not know what exactly is going to transpire this week. We hope absolutely nothing, that it will be a very peaceful protest,” added Superintendent Davie.

According to Davie, the assumed control by the State Police and MultCo Sheriff will begin Monday at 5 pm PT and will remain for 48 hours.

“At that time on Wednesday, the Governor will reassess,” said Superintendent Davie.