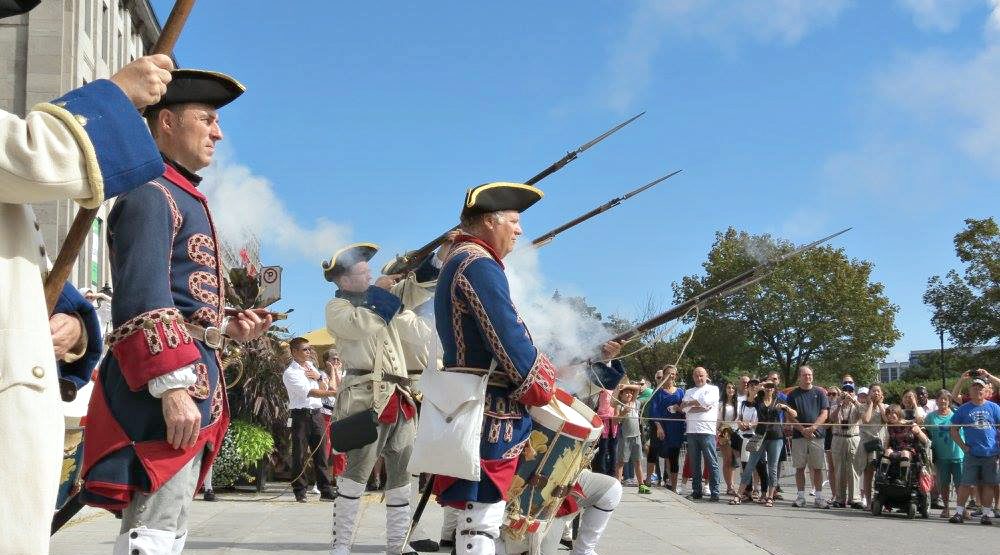 This historic festival is run by none other than Pointe-A-Calliere, the Montreal Museum of Archaeology and History, so you can expect the utmost authenticity. The official website invites Montrealers to, “Take a trip back in time to find yourself in the company of farmers, craftspeople, and entertainers as they existed in 1750.” A military regiment and a native encampment will be part of the festivities, making this an educational event for both kids and adults alike.

To kick things off there will be a re-enactment, in which the market’s opening will be officially declared by French soldiers. Once officially opened, Montrealers can stroll through nearby streets sampling 18th century foods, shopping for 18th century products, and engaging in a variety of fun activities hosted by the various exhibits.

Children will be given the opportunity to dress up in period clothing, play French games from the era, and become a French soldier for the day by taking part in a re-enactment.