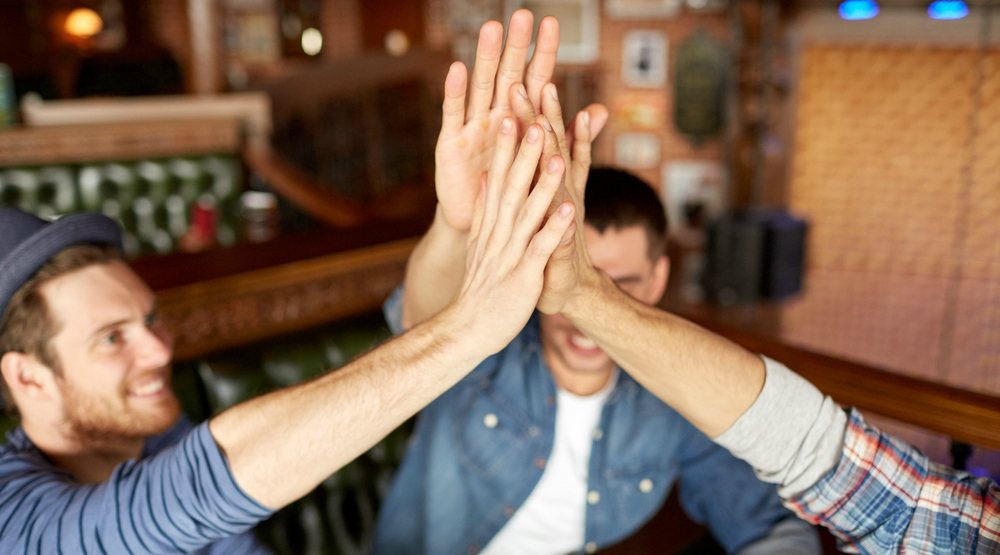 A few days ago, a picture of a “challenge” that students at the Communications Department of the Université du Québec in Outaouais (UQO) were recently asked to complete as part of the Communications Games made its way into my inbox by someone concerned with its implications.

The “challenge” was a questionable list of tasks, referenced as the 12 Labours of Hercules, asking participants to undertake a number of mildly entertaining, tasteless, and run-of-the-mill sexist feats. Your reaction to these challenges will vary depending on how much you perceive them to be harmless fun or a perpetuation of harmful stereotypes. “Culture de viol” (Rape Culture) was written across the poster with marker, so it’s quite clear how some people felt. 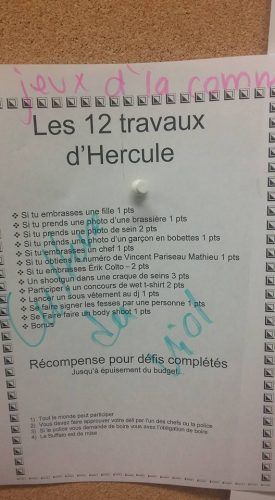 Now to many of you the 12 Labours of Hercules may not mean much, but I was obsessed with Greek Mythology as a kid. I devoured every single book on the Greek Gods and their ridiculous misadventures on and off Mt. Olympus. For immortal deities who were supposed to be supreme rulers of us all they did nothing but bicker with one another, develop ridiculous crushes, get into trouble, and stir shit up everywhere they went. They were a mess…

At one point, poor Hercules (a demi-God because his dad was Zeus and Zeus could never keep it in his pants) needing to make amends, is ordered to perform 12 Labours. Slay the Nemean Lion, Slay the nine-headed Lernaean Hydra, Capture the Cretan Bull (also known as a Minotaur), are but a few. You get the gist. These were no easy tasks and they all involved superhuman strength and smarts.

Now fast forward to 2016 at UQO’s delegation at the Communications Games. With my fairly extensive knowledge of Greek Mythology, I don’t remember ever reading that “Taking a photo of breasts” (1 point), “Drinking a shot placed in a girl’s cleavage” (3 points) and “Kissing a woman” (1 point) were part of the 12 Labours of Hercules. Organizers of this dubious challenge seemed to think so, though. Perhaps they need to brush up on their Greek History. A crash course in sex education and consent wouldn’t kill them either.

As expected, the minute this became public many expressed concern online, the media got a hold of it and university reps and the student union were forced to call a press conference, where they promised to look into this and possibly expel the students involved.

I’m not actually one of those people who believe this is grounds for expulsion. Teachable moments are valuable and I think this is one of them. After all, the actual “game” never took place because students present at the bar immediately nixed it, so the opportunity for this to turn into something even more embarrassing was derailed.

But isn’t this really just a harmless joke? No.

While I don’t want to see these students expelled, I also don’t have patience for the all-too-familiar chorus from the usual brigade claiming this is “just a harmless joke”, “people need to lighten up”, “why can’t we just have silly fun anymore?”, and “why is everything so PC?”

I’m frankly sick and tired of hearing the exasperated cries of the perpetually clueless, unable to wrap their heads around the simple notion that facilitating, encouraging, and endorsing activities (this isn’t some random party, it’s part of the university-sponsored Communications Games that students are urged to attend for professional reasons) that involve gratuitous nudity, female objectification, and binge drinking may possibly add to the odds of real-life dire consequences for participants.

Do you honestly think, Man Who Is Prevented From Having Fun By Feminists that the idea of a university-endorsed “game” where you gain points by doing shots off a woman’s boobs or snapping pictures of a woman’s breasts doesn’t directly or indirectly perpetuate harmful notions and stereotypes that the female body is at everyone’s disposal?

No, you say? Then where was the challenge asking participants to snap a picture of a guy’s d*ck? Is a penis not worth any points (I love penises, I think they’re worth at least 3 points), is it too homoerotic a challenge (after all, these overtly sexual and demeaning-to-women “games” are usually designed by macho, slightly homophobic bros, aren’t they?), are unsolicited penises only meant to privately adorn horrified women’s inboxes, or is it that sexualizing a woman’s body is something that comes very naturally in our society?

Seriously, at a time when so many Quebec universities (Laval and Bishops come to mind) are starting to step up their game and offering sexual consent courses aimed at reducing incidents of rape and sexual harassment, why in the world did someone think that a cheesy game involving naked bodies, sexual innuendo, and alcohol would be a good idea?

In the meantime, silently, all around us, far too many women are being victimized at university campuses and no one pays attention. While some of you reading are upset that we’re ruining your fun, too many women are silently living a nightmare. Read this heartbreaking piece by a McGill student who was raped. Read it.

I don’t want to hear about your privileged exasperation and the good ol’ days when people weren’t so PC. That’s just code for “some of my past behaviour is no longer acceptable” and that’s good. Some past behaviour should no longer be. “When we know better, we do better,” poet Maya Angelou once said. So let’s do mother*cking better, shall we?

UPDATE: The three leaders of the UQO delegation (who organized this challenge) at the Communications Games have submitted their resignation to the organizing committee, in an effort to prevent the remaining UQO delegation from being penalized and banned from the Games. No word yet on what UQO plans to do with them – if anything.