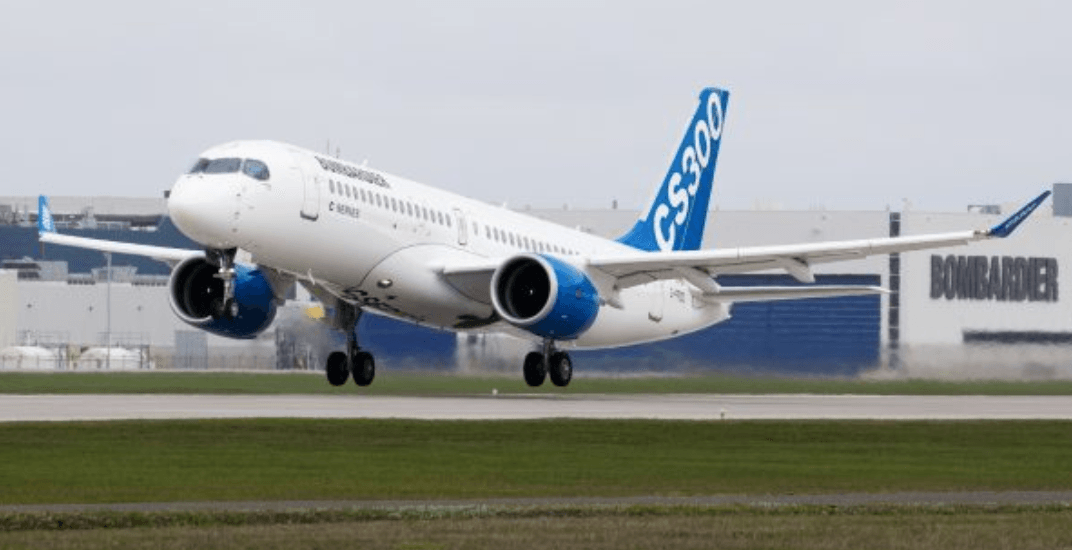 The Trump administration has slapped Bombardier’s CSeries commercial jet with a duty of nearly 80%.

“Today, U.S. Secretary of Commerce Wilbur Ross announced the affirmative preliminary determination in the antidumping duty (AD) investigation of 100- to 150-seat large civil aircraft from Canada,” said the department in a statement.

“As AFA, Commerce applied the sole dumping margin calculated in the petition for Canadian exports of aircraft, which is 79.82 percent. This rate will apply to all other producers/exporters as well.”

Tariffs on the Montreal-based Bombardier total nearly 300% when totalled with the nearly 220% duties that were announced by the US Commerce Department last week.

According to the department, Bombardier was benefitting from unfair government subsidies, giving the company an upper hand when selling to the US.

US aerospace giant Boeing called for an investigation after Bombardier made a deal in April 2016 with Delta Air Lines for up to 125 of its CS100s.

“The United States is committed to free, fair and reciprocal trade with Canada, but this is not our idea of a properly functioning trading relationship,” said US Secretary of Commerce Wilbur Ross, in a statement. “We will continue to verify the accuracy of this decision, while do everything in our power to stand up for American companies and their workers.”