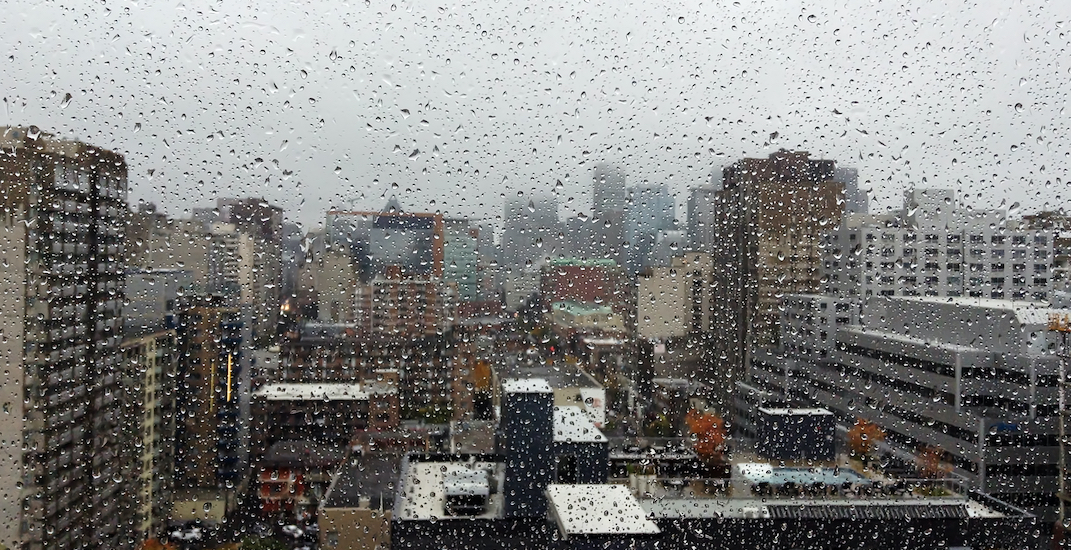 Environment Canada has provided an update on the Storm Isaias which has been “transitioned into a post-tropical storm.”

The weather agency says the storm’s rain and wind gusts have “decreased significantly” since Tuesday night but still forecasts winds of up to 70 km/h this afternoon in the Eastern Townships and the Gaspé Peninsula.

The post-tropical storm is “weakening as it continues north, where it will merge with a low pressure system and then pass east into Labrador” by Thursday morning, says Environment Canada.

The weather agency says the St-Lawrence River valley from Montreal to Trois-Rivières got hit with 90 mm of rain since Monday and “some possible thundershowers” remain possible throughout the day Wednesday.

Environment Canada says Hurricane Isaias impacted much of the Caribbean and the Atlantic Coast of the United States as a Category 1 hurricane. The storm started developing off the coast of Africa, and reached Tropical Storm status on July 30 as it moved west towards the Caribbean and Canada.

Its maximum sustained winds in Ontario and Quebec reached 56 km/h.

In the early hours of Wednesday morning, Environment Canada issued a tropical cyclone information statement for the following areas across the province:

Tropical cyclone information statements are issued when a medium to large storm was in the forecast and it details the storm’s path and meteorological summary.

More information on Tropical Storm Isaias can be found on the Environment Canada website.