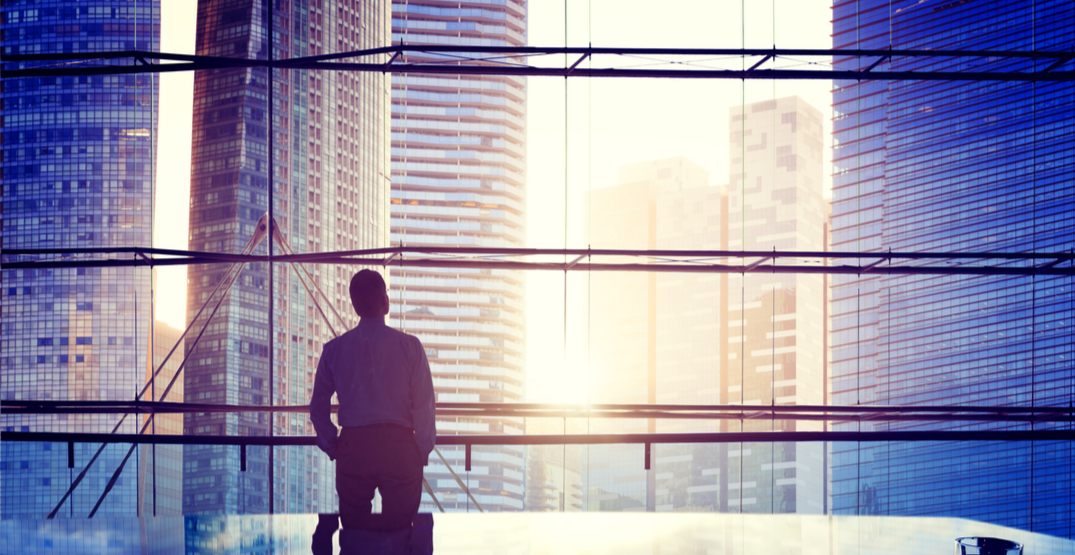 By 11:17 am on January 4, the average top-earning CEO in Canada will have already earned — in less than one workday — what the average worker makes in an entire year.

According to the Canadian Centre for Policy Alternatives, the 100 highest-paid CEOs in Canada will earn $53,482 before lunchtime today.

In their latest report, the CCPA stated that the CEOs made 202 times more than the average worker made in 2019, totalling a $10.8 million average pay for the top-100 CEOs in Canada.

“Put another way, when a high paid CEO has a less plush year it means putting in a single extra hour of work before lunch on January 4, before netting the yearly income of an average Canadian worker. For the average Canadian worker, a tough year means grave financial insecurity and taking on even more debt to manage,” said study author and CCPA Senior Economist David Macdonald.

Macdonald says the COVID-19 pandemic “has not been bad for everyone,” citing that at the very top of the income spectrum, the country’s highest-paid CEOs have been sitting atop a “golden cushion bolstered by years of out of control rates of executive pay.”

He says that companies who received government support throughout the pandemic still received bonuses at the top.

“Meanwhile, for lower-income workers the hardships of the COVID-19 crisis—mass layoffs in the spring and persistently weak rehiring ever since—will continue to plague them. Clearly we aren’t really all in this together,” he added. 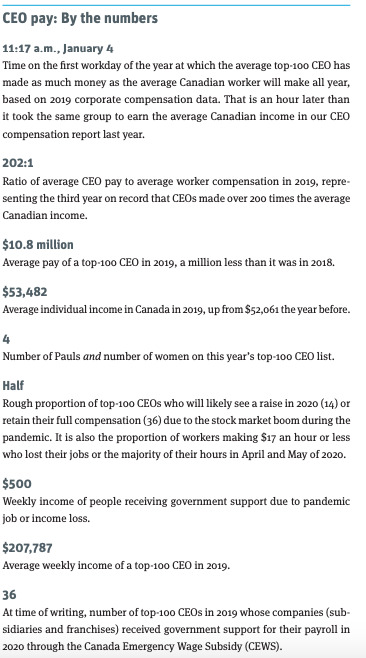 Companies won’t report their 2020 amounts until the spring of 2021. Generally, CEOs don’t know what their pay will be until later in the year— unlike most workers — whose employers can estimate down to the penny how much they’ll be paid.

This is because CEO pay is based almost entirely on bonuses related to the company’s performance, says the CCPA, generally measured by the company’s stock price.

Here’s a look at the 28 top CEO salaries in Canada, including those that received Canada Emergency Wage Subsidy (CEWS) in 2019 and 2020: 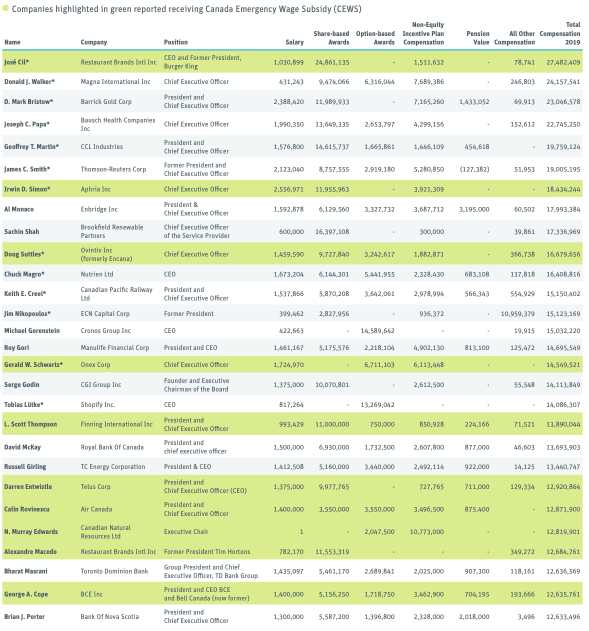