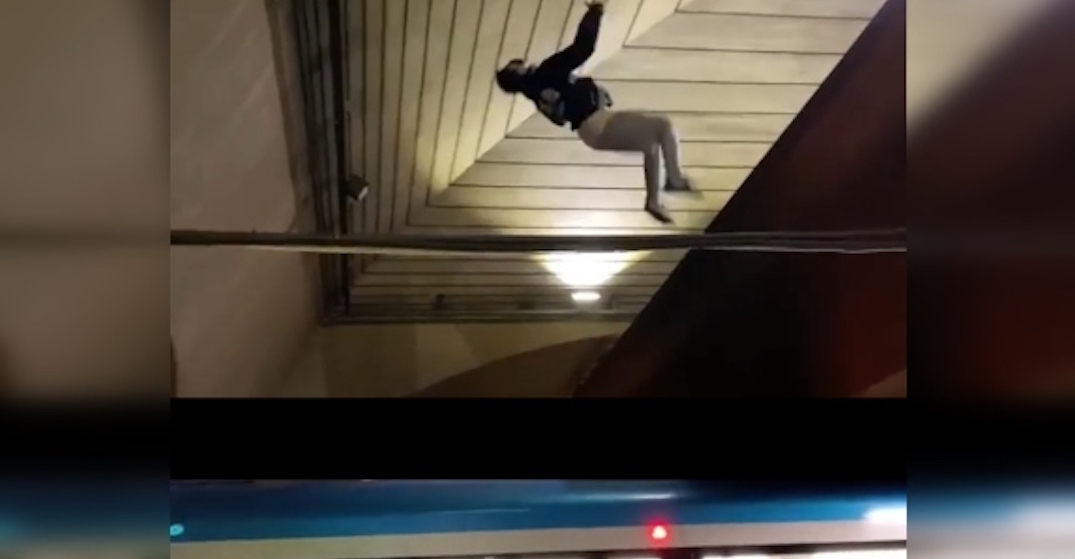 A social media stuntman posted a video of himself doing a backflip off an STM platform onto a metro car that had just pulled into the station.

TikToker @vince.erc told Daily Hive in a phone call that he had calculated the logistics of the stunt before performing it.

“I was planning it out for 30 minutes, calculating how much time I had to pull it off,” he says. “The metros stay stopped for about 15 seconds…”

The self-proclaimed adrenaline junkie says he’s from New Brunswick and his hometown province, “doesn’t have metros and buses and all that.” The 20-year-old says the stunt was something he always wanted to cross off his bucket list.

According to Vince, the maneuver took place at Mont-Royal metro. “I went on the metro and saw the perfect spot, we don’t have places to do that [back home],” he added.

The stuntman — who has over 155,000 followers on TikTok — said he didn’t see the rails atop the metro train which resulted in him tumbling off.

In regards to the stunt, the STM told Daily Hive it “condemns such acts” and warned that maneuvers like that can be “very dangerous.” An STM spokesperson said the stunt could have led to “serious injury, damaged the metro car, and/or caused a service interruption.”

Vince concluded that he has “a couple of other things” planned in terms of stunts around the city.