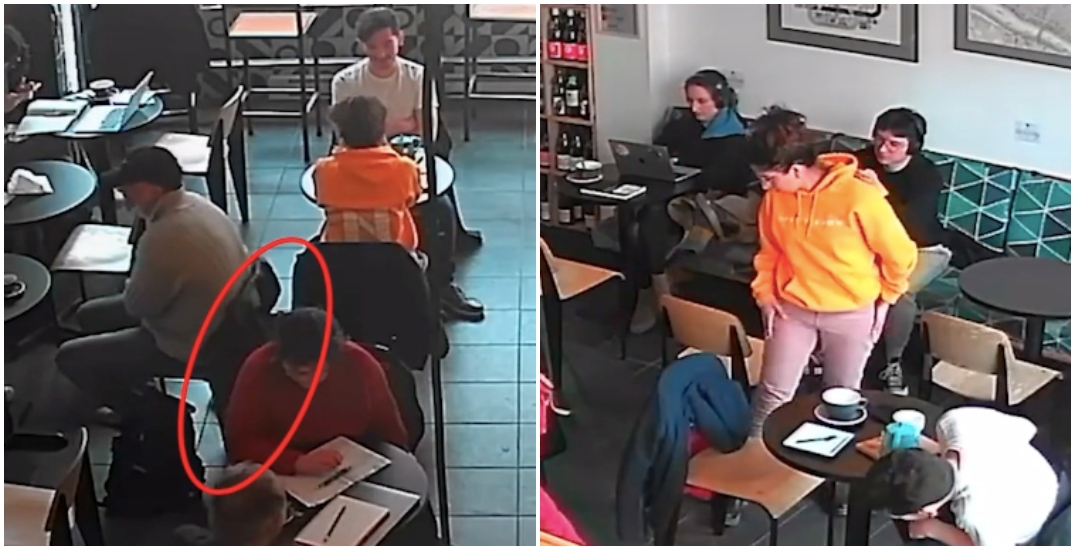 A Montreal woman who thinks she was victim to a pickpocket thief at a cafe in Outremont has taken her case public.

The TikTok viral type of public.

“Help me find him TikTok!” she says in a post that has now received nearly seven million views. “We got the power!”

Montreal songwriter Nicole Arrage, who supplied the music for the video, says a thief made away with her iPhone 13 Pro, IDs, and credit cards on April 11 as she was enjoying a coffee with a friend at Café DAX.

In the video, she calls the alleged suspect a “professional pickpocket” who was “scouting the location” before choosing herself — “flashy girl in the orange hoody.”

Security footage from the cafe shows the alleged pickpocket draping his coat over a chair before using his sleeve jacket to rustle through Arrage’s coat pocket without her noticing. In subsequent videos providing an update of the incident, the musician says she contacted Montreal police and filed a report.

She’s now hoping TikTok can do its thing.

After the video went viral, Arrage posted a “little update on our pick pocket impasta,” claiming that “we haven’t found him yet,” but that “we have leads.”

She says authorities now now where the alleged thief used Arrage’s credit cards and where he went “two hours later.”

“This really is a team effort,” she concluded, hoping the viral video will help bring her justice and her items back.