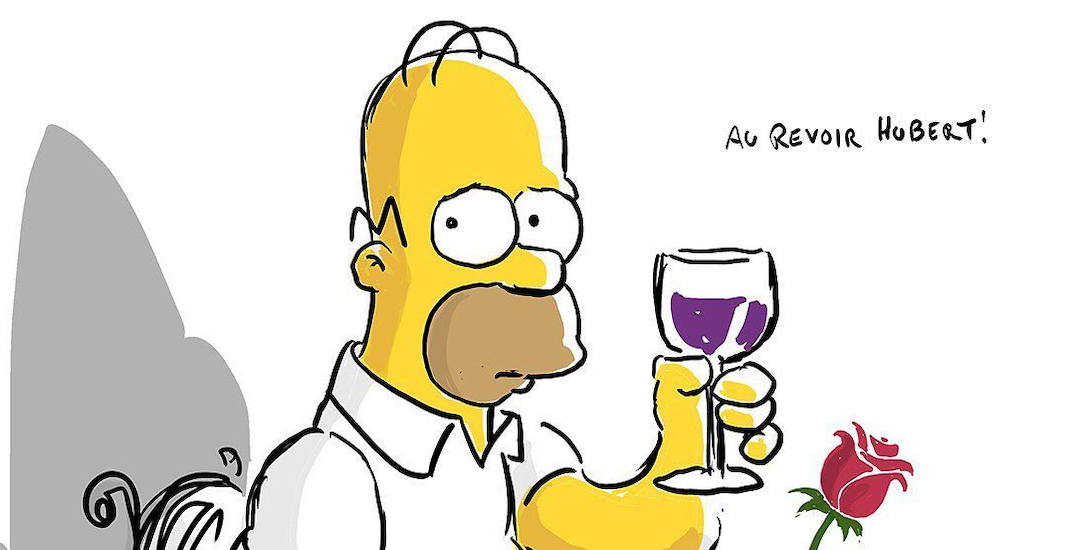 The Simpsons paid tribute to Hubert Gagnon, the Longueuil native who voiced the iconic role of Homer for the French Canadian version of the popular animated sitcom.

Gagnon passed away on June 7 at the age of 73 after battling cancer.

The Quebec actor had voiced Quebecois Homer Simpson for 27 years before stepping away in 2017 due to health concerns.

On Sunday, The Simpsons Instagram page dedicated a two-panel post to Gagnon, saying “we will miss you,” overtop the show’s iconic cloud-filled intro. The following panel features a drawing of Homer drinking a glass of red wine with the words “au revoir Hubert.”

Besides Homer and Abe, Gagnon provided the French Canadian dubs for the likes of Robert De Niro, Christopher Walken, Mel Gibson, and Richard Gere and had appeared in the Quebec versions of the Harry Potter franchise and Transformers.