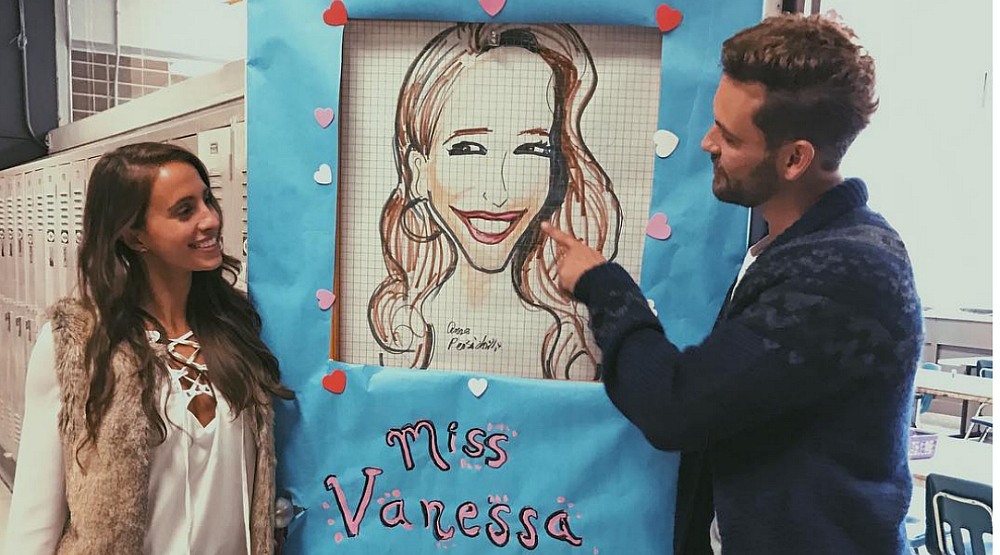 Earlier this year, we reported that 29-year-old Vanessa Grimaldi from Montreal was a contestant on Season 21 of The Bachelor.

Back then, Grimaldi was competing against thirty other women for the Bachelor, Nick Viall’s love, and while the odds may not have been in her favour, they certainly are now.

As of the series’ latest episode, Vanessa Grimaldi is one of two women to remain in the competition.

The winner will be announced in the season’s two-part finale set to air on March 13th but rumours are already circulating that she’s the one!

Grimaldi is a special education teacher from Montreal and she brought her potential beau, Nick, to her hometown during the Week 8: Hometowns episode. While in Montreal, Vanessa and Nick travelled to Vanessa’s school where she introduced him to her students.

The other finalist vying for Nick’s heart is 25-year-old Raven Gates who is a fashion boutique owner hailing from Hoxie, Arkansas.

We don’t know about you, but we can’t wait to see who Nick chooses to bestow that final rose upon.

We’re cheering for you, Vanessa!