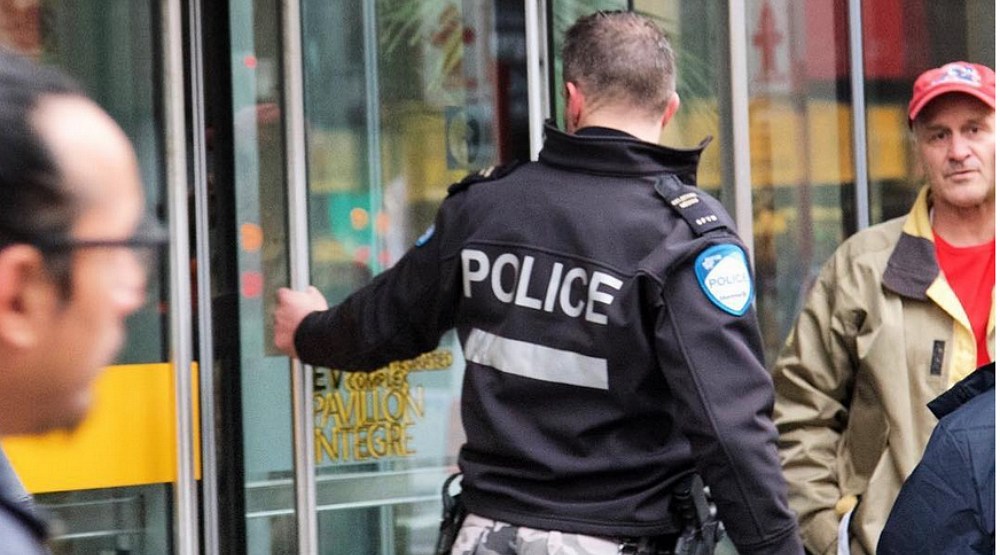 The Montreal police have arrested a possible suspect in connection with the Concordia Unviersity bomb threats made yesterday morning.

The suspect is a 47-year-old man from Cotes-des-Neiges, who was brought into custody on Thursday morning. He is expected to be questioned by detectives this morning.

The bomb threats received by the media prompted the university to evacuate three buildings on its downtown campus beginning at 11:30am on March 1, 2017.

Later that day, the letter containing the bomb threat which had been sent to several Montreal media outlets, was made public.

The letter stated its intentions to set off bombs targeting the university’s Muslim students, and claimed “small artisanal amateur devices” would be detonated in the Engineering, Computer Science and Visual Arts Integrated, and Hall buildings if the university did not place an immediate ban on Muslim activities on campus.

Finally, the authors of the letter who call themselves the Council of Conservative Citizens of Canada (C4), concluded by explaining that their intent is not to kill anybody, but only to injury Muslim students.

We are confident the police are doing all they can to catch the people responsible for this, but for the time being, we urge all Concordia University students to take proper precautions while on the downtown campus.