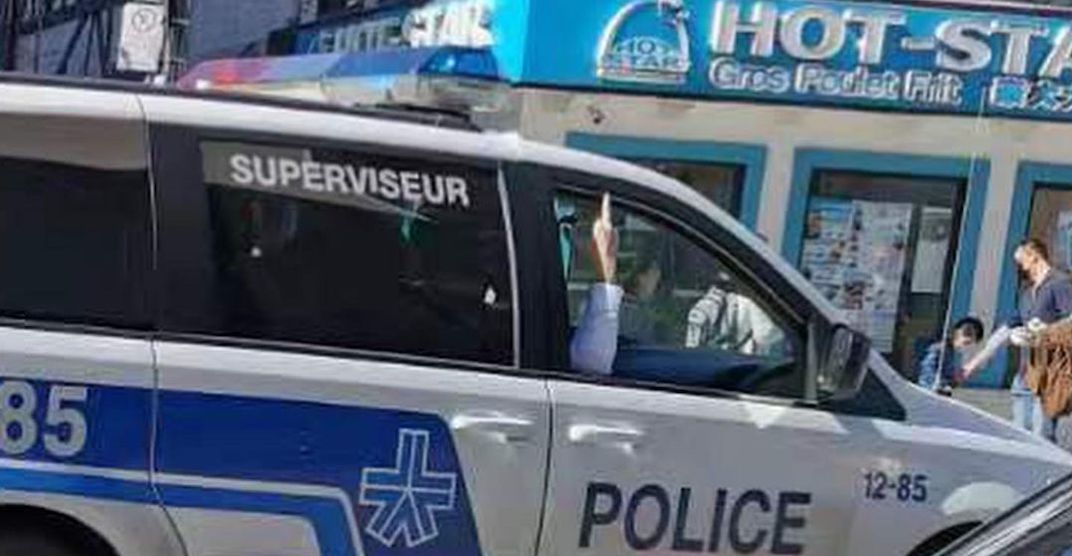 A photo of a Montreal police officer allegedly giving the middle finger to a group of protesters over the weekend began circulating across social media.

The photo was taken on Sunday, March 21, at the anti-Asian racism march that took place in downtown Montreal.

According to @mychinatownmtl’s post, “some fellow marchers noticed a cop giving us the middle finger while driving behind the marchers.”

The post says the “unacceptable act” demonstrates how some members of the police force “won’t take the crimes committed against us [Asian Canadians] seriously.”

The post says the Chinese Family Services (CFS) has filed a complaint to the Police Ethics Commissioner yesterday for the gesture. When asked for additional information, the Instagram user declined to provide any other statement other than what was addressed in the post.

Daily Hive reached out to the SPVM and was told an “administrative investigation” was quickly carried out by the police force.

In a French response, the media relations on the SPVM’s Communications Division said that any “vexatious association linked to this gesture is erroneous.” The SPVM says the gesture is a result of an “unfortunate combination of circumstances” and said it was “sorry if the images may have offended anyone.”