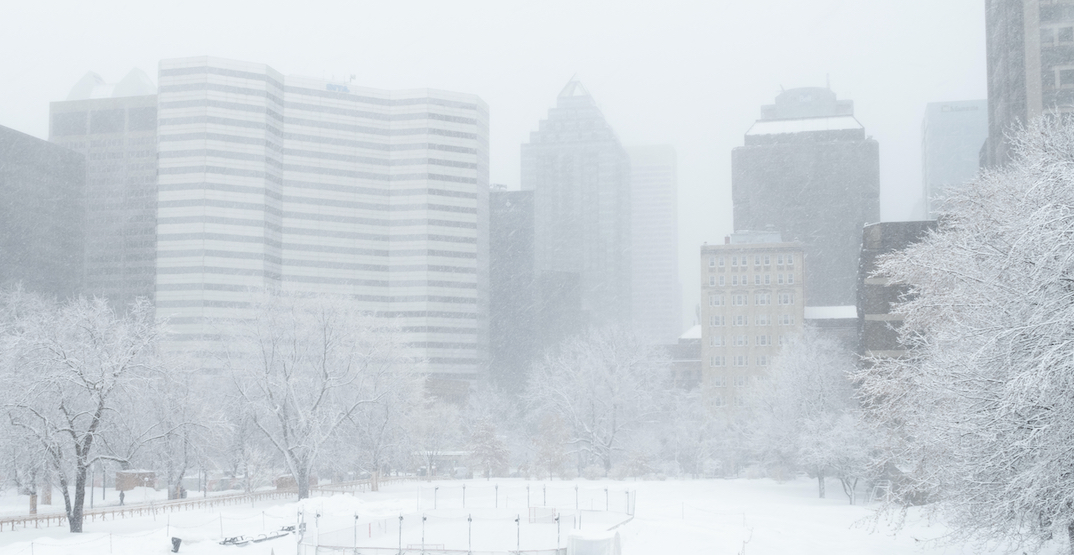 As we hurdle past the midway mark of January, Quebec can expect a heavy snowstorm to stop off next week.

Uppal says the agency is tracking a major storm from the United States that will make its way north by Monday and persist until Tuesday. She says the odds are high for a “major accumulation of snow.”

The weather agency says that the winter “hasn’t amounted to much” in eastern Canada so far, but “all eyes are now on a significant storm” is set to impact Quebec and Ontario.

The Weather Network says exact storm totals will depend on the storm track from the US, but the agency expects it to bring some of the most significant snowfall of the season so far.

One storm is sweeping in from the Pacific Northwest, and another is rolling off the Prairies. Both will merge over Quebec and Ontario and “kick off the disruptive system,” says The Weather Network.

The agency says it is likely that a swath of 15 to 25 cm of snow will persist on Monday through Tuesday. In some areas, up to 30 cm of snow is possible.

The weather agency also points out that Montreal has seen below-average snowfall so far this winter. Montreal has only seen 52 cm of snowfall this season, below the city’s average of roughly 85 cm through mid-January.

“A typical winter in Montreal picks up around 210 cm of snow. The upcoming storm could add to those totals, helping to close the snowfall deficit that’s grown this winter,” says the agency. 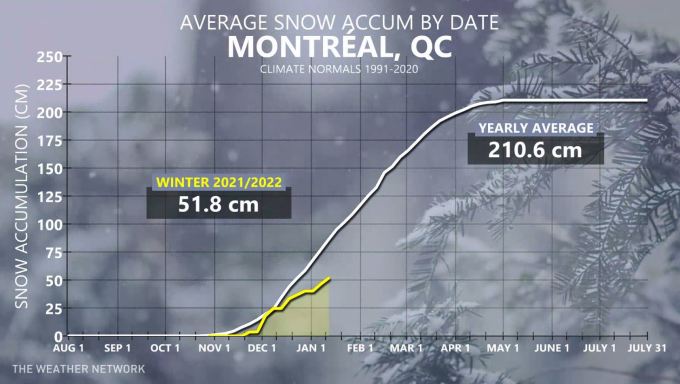