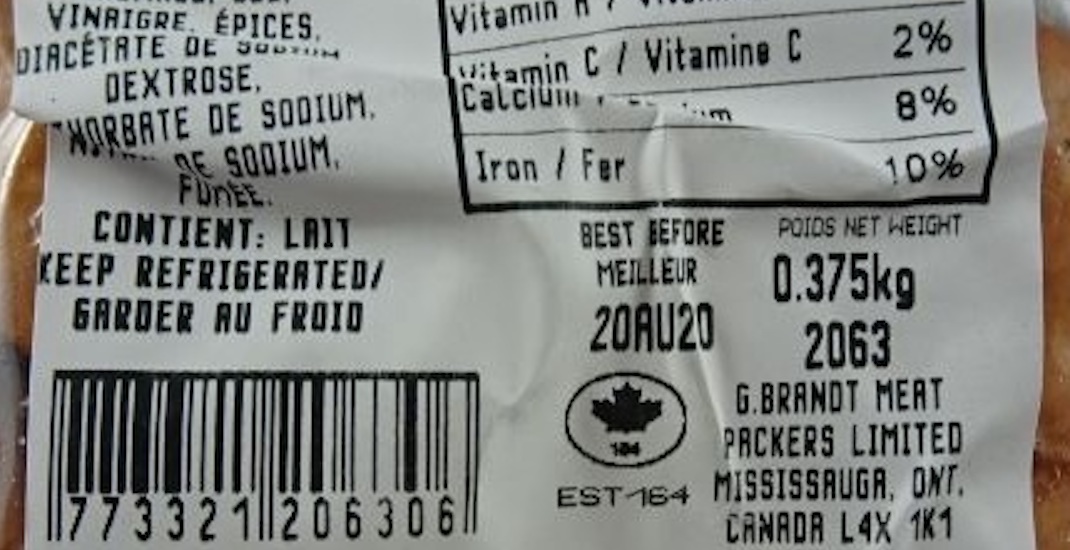 The Canadian Food Inspection Agency has issued a recall of Brandt brand mini spicy cheese sausage due to Listeria contamination.

According to the statement, the product with the best before date of August 20, 2020 has been recalled by G. Brandt Meat Packers Ltd. due to possible Listeria monocytogenes contamination, and the government is asking those who have purchased the product not to consume it.

The product has been distributed in several provinces including Ontario, Quebec, and Saskatchewan.

Although the food contaminated with the bacteria may not look or smell spoiled, it still has the potential to make you sick. 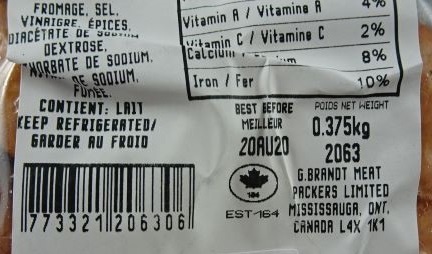 According to the CFIA, there have been no reported illnesses linked to the consumption of the sausages.

“Pregnant women, the elderly and people with weakened immune systems are particularly at risk. Although infected pregnant women may experience only mild, flu-like symptoms, the infection can lead to premature delivery, infection of the newborn or even stillbirth. In severe cases of illness, people may die.”

The agency recommends calling your doctor if you think you became sick from consuming the recalled product.