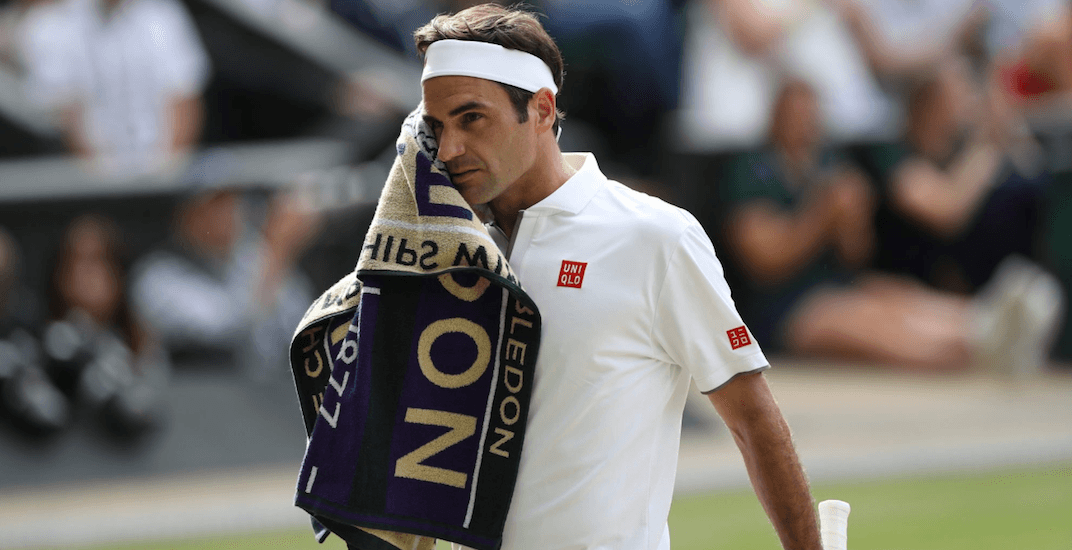 It won’t be Roger’s Cup to win in Montreal this year.

Fresh off losing the men’s singles final at Wimbledon, Roger Federer announced that he will be skipping the Rogers Cup in Montreal this year.

Federer came agonizingly close to defeating Novak Djokovic on Sunday, squandering two match points before losing the first-ever five-set match to be decided with a tiebreaker at the All England Club.

“Looking ahead, we had decided in the team that I was going to skip Montreal anyway already a week ago, and just give myself enough time — I wish I had more, but I don’t,” Federer said at his post-match press conference. “So I’m just going to take enough time off, what I can, and then prepare for Cincinnati and get going from then on again.”

Montreal welcomes the best men’s tennis players in the world this year from August 3-11.

Federer, 37, is a two-time champion of the tournament and finished runner up to Alexander Zverev the last time he visited Montreal in 2017.