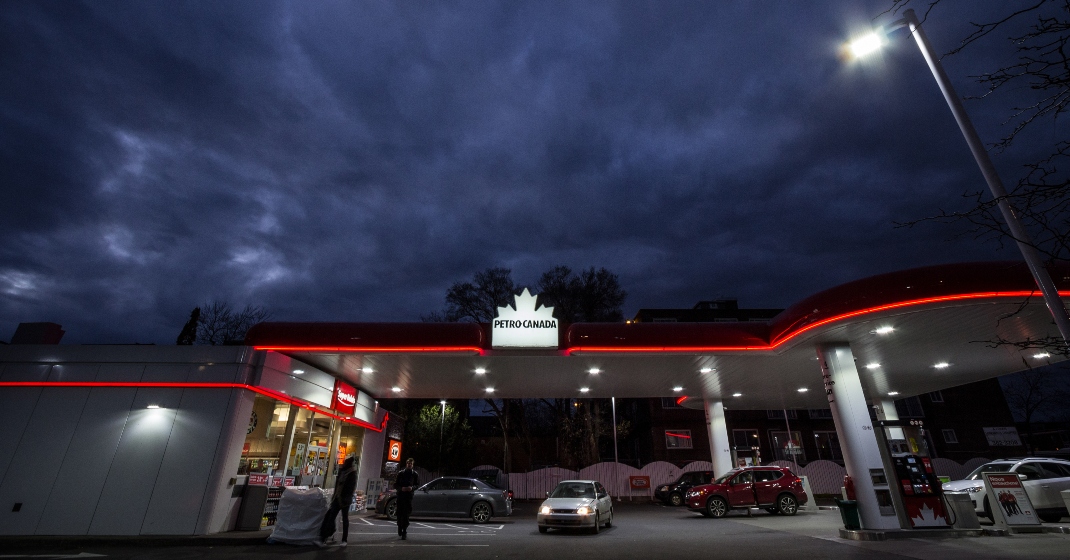 Montrealers woke up to a foggy and cloudy morning on Monday. Gas prices did a good job of amplifying the gloomy feeling.

On Monday the Canadian Automobile Association (CAA) reported that the average price of gas is currently $2.129 per litre in Montreal, which is over three cents higher than yesterday’s average ($2.092). Many drivers on the island were paying upwards of $2.15. In case you haven’t been keeping track, that’s higher than ever before.

According to GasBuddy, the Harnois station ($1.979) in Kahnawake is the cheapest place to fill up on the entire island.

The following graph indicates just how ridiculously prices have soared in the last 24 months. The average price for a litre of petrol in the Montreal area was about 93 cents just two years ago.

But, crazy gas prices don’t stop in Montreal. The rest of the country is experiencing similar — if not, worse — levels of pain at the pumps.

While Toronto has also been hovering around the $2 mark as of late, Vancouver seems to have it harder than anyone. On Saturday, a new all-time high for gas prices – $2.279 per litre – was observed at gas stations in Metro Vancouver. In the last month alone, the average cost of gas in in the BC metropolis has jumped from $1.959 per litre to a new high of $2.279.

So why is the price of gas so high? It’s likely due to a variety of factors, including the Russian invasion of Ukraine, which has heavily impacted fuel costs. Since the invasion began in late February, the price of gas has been increasing quickly and steadily.

But drivers will remember that gas prices were already climbing prior to the invasion, too.