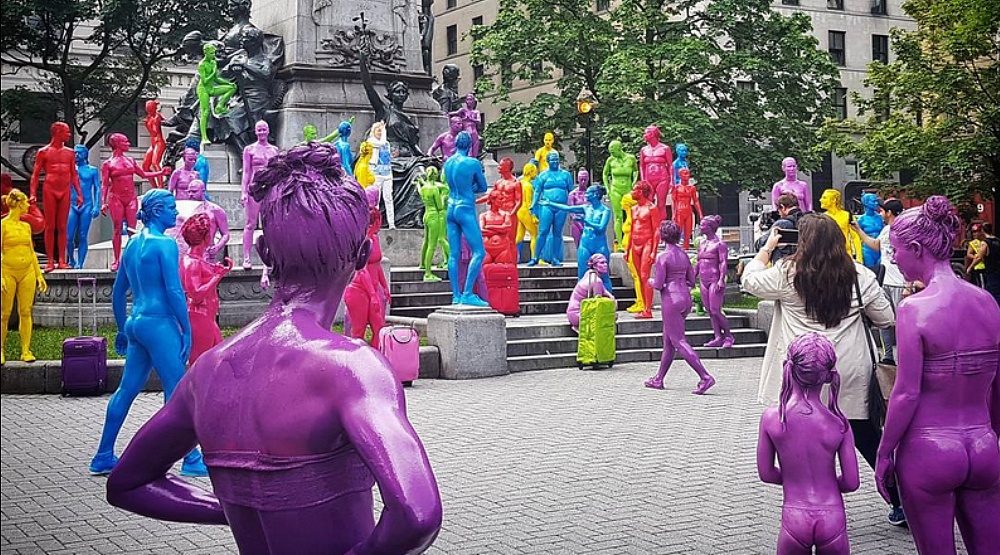 They’ve been giving impromptu performances around the city for the past couple of days and the fun is expected to continue until July 11th!

Expect to see people covered in the brightest colours of the rainbow, from turquoise to fuchsia.

The official description of the interpretive event reads, “They race by, mingle with passersby or merchants, then reunite with their colourful cohorts to take a break and create an amazing pop-up tableau—a welcome relief to the city’s dreary asphalt and concrete.”

Head to the corner of St-Denis and de Maisonneuve Street at 7:15pm and 8:45pm until July 8th to see these colourful creatures in person.