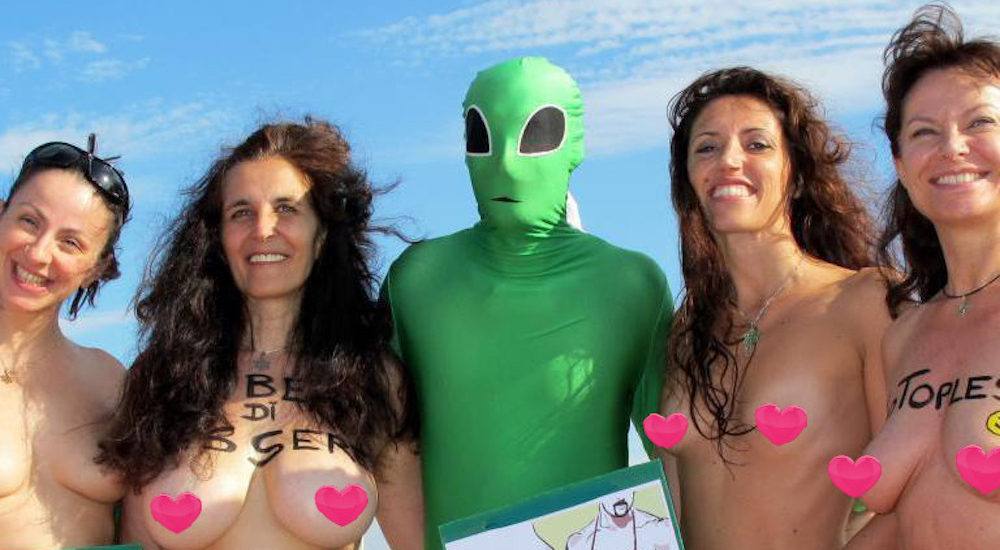 World Topless Day takes place in major cities around the world every year. Its goal is to combat the stigma of female toplessness and more recently end censorship of the nipple. A less known fact is that the group behind this event is a new religion the refers to itself as the Raelian Movement.

Raelianism was started in 1973 by race car magazine owner Claude Vorilhon. He says he was visited by aliens, who he calls the ‘Elohim’ – one of the Hebrew words for god.

Vorilhon says the beings created the human race and revealed to him over the course of six visits the secrets of our extraterrestrial origins and what we need to do to become immortal creators ourselves. Renaming himself Rael, he “accepted the mission given to him, to inform humanity of this revolutionary message and to prepare the population to welcome their creators.”

The aliens request that an embassy is built to greet them and delivered to exact specifications revealed to Rael. The space needs “an area of at least four square kilometres,” “be located in a pleasant country with a warm climate,” and offer “extraterritoriality and diplomatic immunity.”

He would go on to write numerous book about his experiences, they have been translated into multiple languages. Some of the English titles include “Intelligent Design,” “Say Yes to Cloning,” and “Sensual Meditation.”

The group’s views on science and free-love often court controversy. In 2003 a Raelian organization, Clonaid, made the claim of successfully cloning a human baby named “Eve.” No testing was done to substantiate the claims. Rael told CNN this was to protect the child.

Some other organizations started by Rael include Cliteraid (an organization that helps victims of female genital mutilation), Stemaid (a group that markets stem-cell therapy, the successor to Clonaid) and GoTopless (the organizers of global advocacy to allow women to go topless).

Denise Belisle the National Leader for GoTopless Day in Canada has been attending topless events for the last 10 years. A Raelian since 1983, she discovered the religion in college, after becoming “displeased with the Catholic mentality and values.”

“I heard a person talk about the Raelian’s books and I read them right away,” she told Daily Hive in an interview last year, “at that time it made so much sense to me and I felt that it was like a master puzzle solver. Finally, all the pieces were fitting together and it all made a lot of sense.”

The Raelians say motivations behind GoTopless are altruistic as well as spiritual.

“It is really important because we are at a time now where the world is going down the drain,” says Belisle. “[Women] are the nurturers of the world and they need to be respected and have the same rights as men. This is why we do these demonstrations.”

“I am an activist of non-violence. In my everyday life, I do my best to project peace and talk for love and try to educate people about the facts that violence will not help in any way.”

The group exists today, with multiple branches many countries including South Korea, the United States, United Kingdom, France, and numerous others. 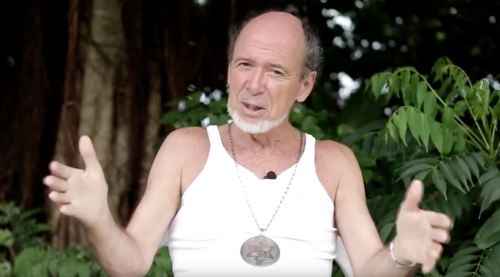 The embassy has not been constructed but the official Raelian website ‘ET Embassy’ says it will be complete by 2028. Rael releases his lectures via a YouTube Channel.

GoTopless day will continue on in Montreal and Vancouver this year on August 28, the closest Sunday to International Woman’s Day.