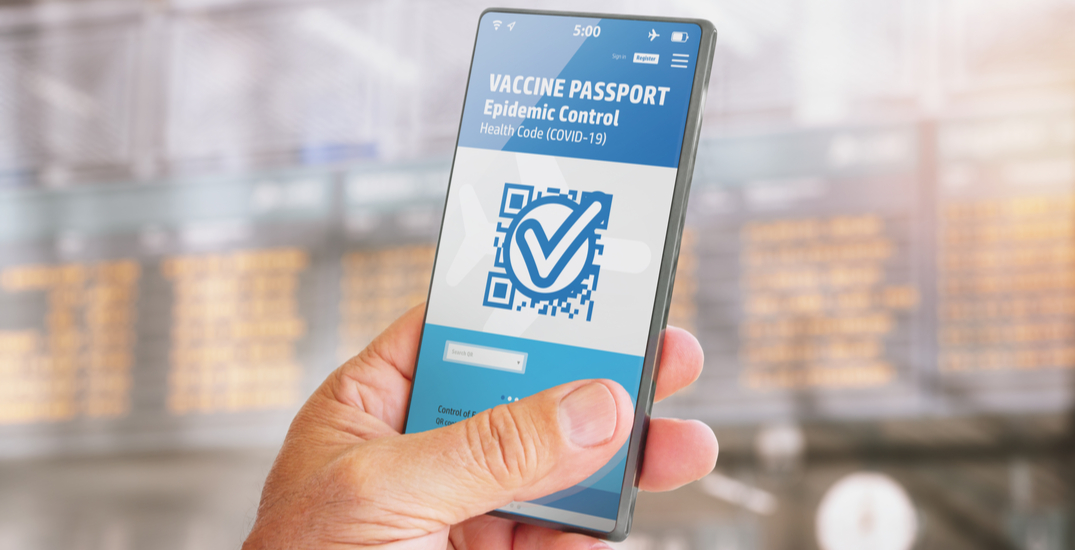 Quebec’s Health Minister announced that the province’s vaccine passport app would be available for download on Wednesday.

iOS users can download the VaxiCode app as of Wednesday morning, and Android users will have to wait a “few more days.”

The VaxiCode Vérif app will be used by businesses and restaurants to verify the QR codes from clients who will be using the VaxiCode app.

Christian Dubé made the announcement at 3 pm on Tuesday afternoon, alongside the National Director of Public Health, Horacio Arruda, and Director of the Vaccination Campaign, Daniel Paré.

Quebecers will use the app to get into a wide variety of non-essential places and services, including bars, restaurants, events, activities, and festivals, as of September 1.

Quebec’s vaccine passport has been in a trial phase across certain bars, restaurants, and gyms since August 17.

Dubé says people who are not fully vaccinated will not be able to get the vaccine passport and will not be granted access to certain services.

Because the province’s labour code does not allow employers to mandate vaccines, staff at bars, restaurants, events, gyms, and festivals will not have to be fully vaccinated.

Quebecers without a smartphone can request a physical card that would be scanned through the VaxiCode Vérid app and sent by mail after the request.

Dubé says there will be a two-week “grace period” before businesses could be subject to $1,000 to $6,000 fines for not enforcing the app at their establishments.

Forced closure could become a possibility should the businesses not enforce the app after getting fined.

Dubé says there will be “criminal sanctions” for people who try to use a fake app, QR code, or document.