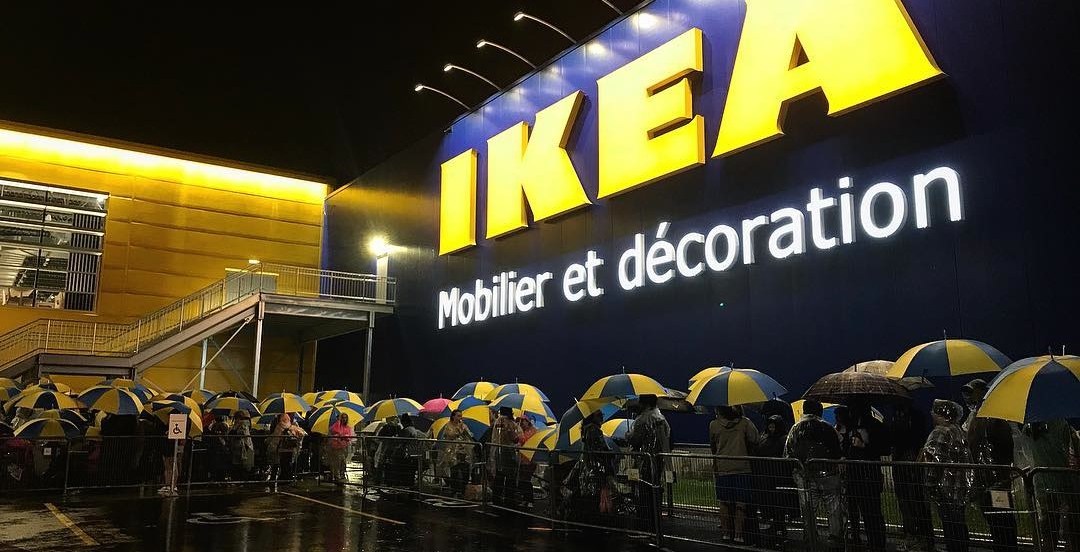 You’d usually expect a lineup outside of IKEA for 75¢ hot dogs, but on Wednesday morning, thousands of people in Quebec City were simply excited for the Swedish furniture store’s grand opening.

As of 3 am, more than 1,000 people were in line, some of whom braved the rain and camped out in the parking lot in anticipation of the new store’s 9 am opening.

The first 300 customers to enter the store were eligible for a $50 gift card. $1,000 gift cards were raffled off every 15 minutes.

Imagine how many Swedish meatballs you could get for $1,000.

The 30,000 m² location is a welcomed addition to Quebec City who’s been IKEA-less since 1996. More recently, their ‘Pick-up and Order Point’ of the massive furniture store closed.

This is the 14th store located in Canada. It can be found in Quebec City’s Ste-Foy district.