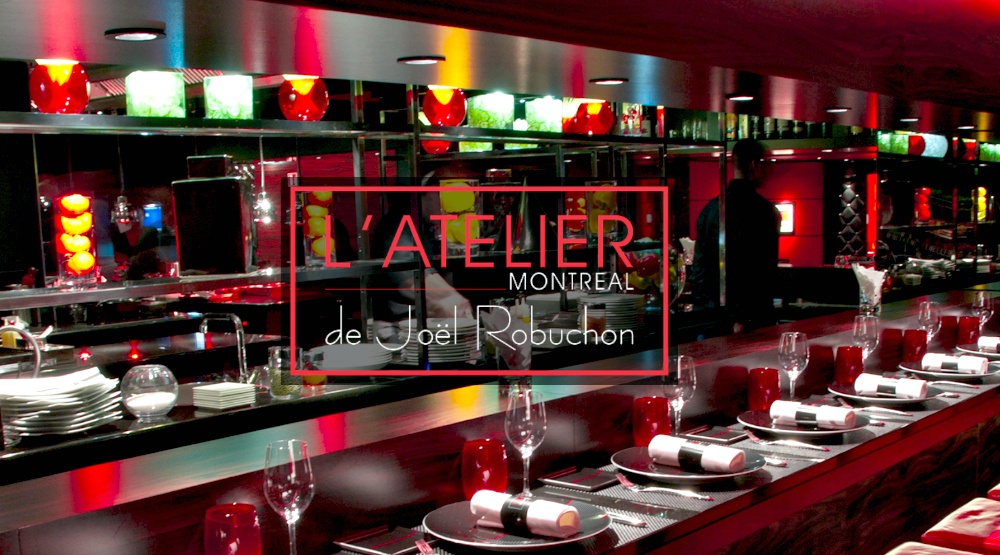 When Joël Robuchon’s restaurant, Atelier, opened in the Montreal casino this past December I found it odd that Loto-Quebec, the government agency that runs Quebec’s casinos, hadn’t chosen a local chef to promote, but I didn’t give it much thought at the time.

Until I found out the price tag. This past week, thanks to some good ol’ government squabbling, Quebecers found out that the price to get Robuchon to lend his name to this venture was a whopping $11 million. And I say “his name” because, let’s not kid ourselves, with more than a dozen other high-end restaurants around the world (Bangkok, Bordeaux, Hong Kong, Las Vegas, London, Macau, Monaco, Paris, Singapore, Taipei, Tokyo, and one in NYC coming soon), and at the age of 71, it’s not the celebrated chef himself in the flesh that we’re getting, but another decent chef, a well-run kitchen, and Robuchon’s star power.

The debate started when PQ Minister and opposition critic for agriculture, fisheries, and food André Villeneuve (justifiably) questioned Finance Minister Carlos Leitão about the lack of transparency in the selection process and the amount spent. Ultimately, the biggest issue for many was that, by choosing a foreign chef the government was dismissing our local culinary talent. While Minister Leitão might insist that this star power will bring tourists to the city, I’m inclined to disagree. Not only is this decision a slap in the face for our local chefs, it’s not that brilliant as a business investment. Why would I want to visit Montreal, only to indulge in another country’s star chef?

Montreal is already known as a culinary destination. There are already people who come here on a regular basis to enjoy the food, and the originality and flare of our offerings. The idea that we would need to fork over $11 million of our own public funds for a star attraction when we have so much local talent is frankly insulting. It also reveals a government, not only desperately out of touch with our local culinary scene, but, also, with little faith in and respect for what we can offer in terms of food and hospitality.

Nothing aggravates me more than when Quebec looks towards France for its inspiration. So many Quebecers still seem to have this incessant need to have France’s seal of approval, they look for their cues and inspiration there, and it makes little sense. Much of Quebec’s roots may be in France, but very little of what takes place here today and manifests itself through our food, our music, our literature, and our art, is inspired by France. Yet, here we are, so often desperately thinking that what’s from there (accents, political legislation, and yes, food) is better over there. It’s not. In fact, there’s a lot we do much better over here.

Montreal’s (and by extension, Quebec’s) food scene is extraordinary. It’s alive, bold, creative, imaginative, it’s persistent despite the not-always easy conditions to do business in this city, and it’s ultimately and always a labour of love. And this is recognized by some of the most knowledgeable and world-famous chefs; among them the purveyor of all things food and drink, Anthony Bourdain.

When Bourdain was here filming his by-now infamous CNN ‘Parts Unknown’ Montreal and Quebec episode three years ago, I was the one who drove him around to his destinations. Neither one of us suffers fools gladly so we got along well. During the hours spent in the car, driving from one location shoot to another, Bourdain and I talked politics, music, language, writing, travel, we both discovered that we shared a common love for the criminally underrated 1996 Tom Demme classic ‘Beautiful Girls’, and he constantly raved about Quebec’s food scene.

There was absolutely no reason why we had to look outwards for star power for the casino’s restaurant. We have more than enough talent at home. I don’t even have to think that hard to come up with names of excellent chefs in this town. Joe Beef and Liverpool House co-owners and chefs David McMillan and Fred Morin have long established their rock-star status in this city. Good luck getting a reservation at Joe Beef. Next door, at wine bar Le Vin Papillon, chef Marc-Olivier Frappier, a seasoned professional while still in his 20s, is constantly surprising me with the food combinations he’s offering. Over in Westmount, Antonio Park’s PARK has elevated sushi and sashimi to works of art. Of course, you can’t mention Quebec cuisine without mentioning Martin Picard and Au Pied de Cochon. His sugar shack is practically a spring rite of passage for many Montrealers, who book four-five months in advance for an experience that can only be described as “death by delicious gluttony”. Over in Little Italy, Mike Forgione and Stefano Faita are cooking up Italian magic at Impasto. And I haven’t even mentioned Normand Laprise and his long-established Toqué or one of my personal favourites, Marc Cohen over at Lawrence.

And this is me, a non-food writer praising Montreal’s food scene and pointing out chefs creating mouth-watering dishes with no research and no effort at all. Because it’s just that easy to come up with examples. Food critics, like The Montreal Gazette’s Lesley Chesterman, have also criticized this silly decision by the Quebec government. On Twitter, Chesterman called it “pathetic” and “shameful”. She’s right. French columnist Lise Ravary also wrote an opinion piece this morning that I’m in complete agreement with.

Considering it’s so damn easy to think of local names with merit that could have been chosen instead of someone with absolutely no connection to the city’s vibe and culinary scene, Minister Leitão should have asked any of us footing the bill. But he didn’t, and considering how lacking in transparency the application process was, I suspect no one from here really had a chance anyway.