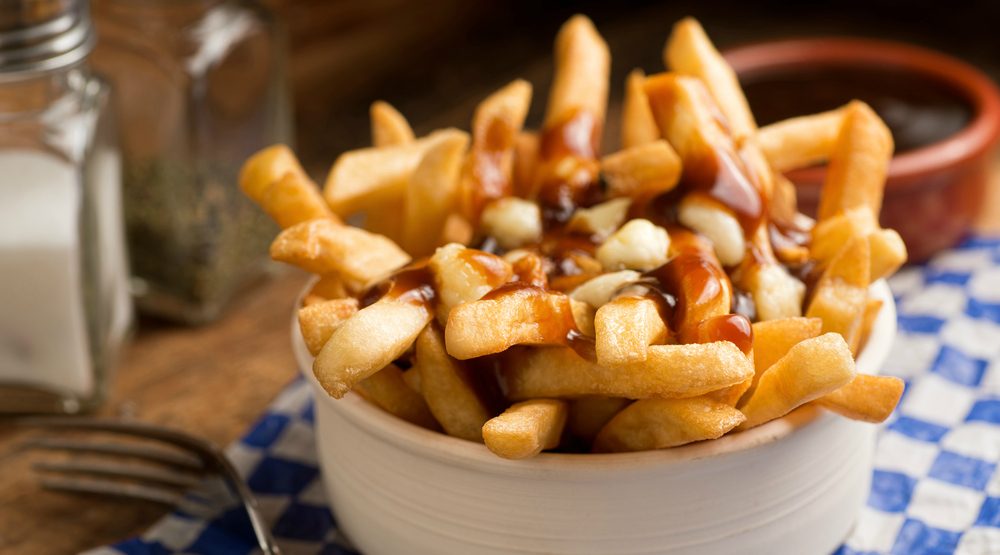 For all the poutine lovers out there, you may have heard of disco fries. A sordid attempt by Americans to claim they invented poutine, disco fries are an American creation that is “sort of” similar to poutine. But rest assured, poutine is way more delicious and was invented over twenty years before disco fries came onto the scene.

Before we move to the fundamental differences in ingredients between poutine and disco fries (also known as “Elvis fries”), let’s start with a brief history lesson.

Poutine as we Montrealers know it is a Quebec invention. Said to have originated in rural Quebec in the late 1950s, poutine has grown to be the unofficial national dish of Canada. Poutine is available at fast food restaurants across the country, including McDonald’s, and there are even entire restaurants dedicated to the dish (La Banquise, anyone?).

First off, disco fries are made using larger steak-cut fries. Poutine is made with regular french fries. Second, disco fries use a much thicker, darker gravy than poutine. And finally, the heart and soul of Quebec poutine is the cheese curds. They are a French-Canadian specialty. Disco fries don’t use cheese curds, they use mozzarella cheese, and sometimes even provolone or American cheese that is grated and melted on top of the dish. I’m sorry, but that is simply not poutine.

If you’re in New Jersey, be sure to try a plate of disco fries for yourself! And the next time an American tries to suggest that they are the ones who invented poutine, you can tell them that they are sorely mistaken.