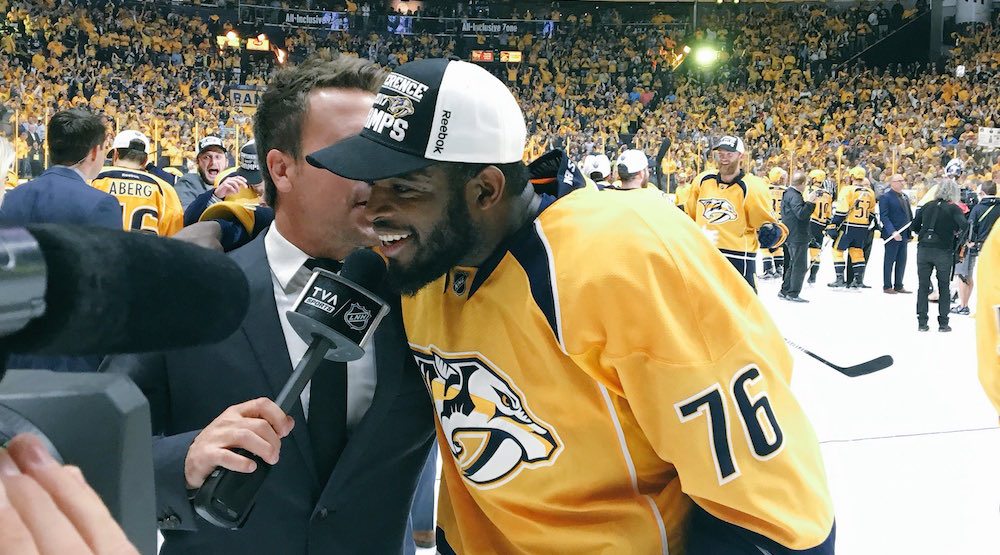 The spotlight always finds PK Subban, and that’s especially true this week as he plays in his first Stanley Cup Final.

With the Cup Final set to begin on Monday between the Nashville Predators and Pittsburgh Penguins, ESPN has released an E60 Profile on the former Canadiens superstar defenceman.

The 30 minute program delves into a number of things. His upbringing, his personal life, his rise to stardom in Montreal. It also delved into things that Subban has been (unfairly) criticized for: his personality, his style, his showmanship, and race.

Former NHL goaltender Kevin Weekes referred to Subban as hockey’s first “fully black” superstar. Weekes, who knows what it’s like being a black player in the NHL, says race definitely played a factor in why Subban was traded.

“It definitely had a role,” Weekes said, when asked if race played a factor in last summer’s trade that sent Subban to Nashville. “Because it’s had a role ever since he came in. I know, because I’ve lived it. And because I live it.

Weekes isn’t the first person to bring race into the equation with regards to the trade, although few have spoken about it with such certainty.

“You know what? I never look at myself as a ‘black player’,” Subban said.

Subban showed the class and dignity that we’ve all come to expect from him during the piece, despite the fact that it delved into many uncomfortable subjects.

“I still have no idea why I’m not a Montreal Canadien. Quite frankly, I really don’t care.”

While PK still loves Montreal, he’s clearly moved on, and you can hardly blame him. He’s in the Stanley Cup Final with a team that appreciates him.