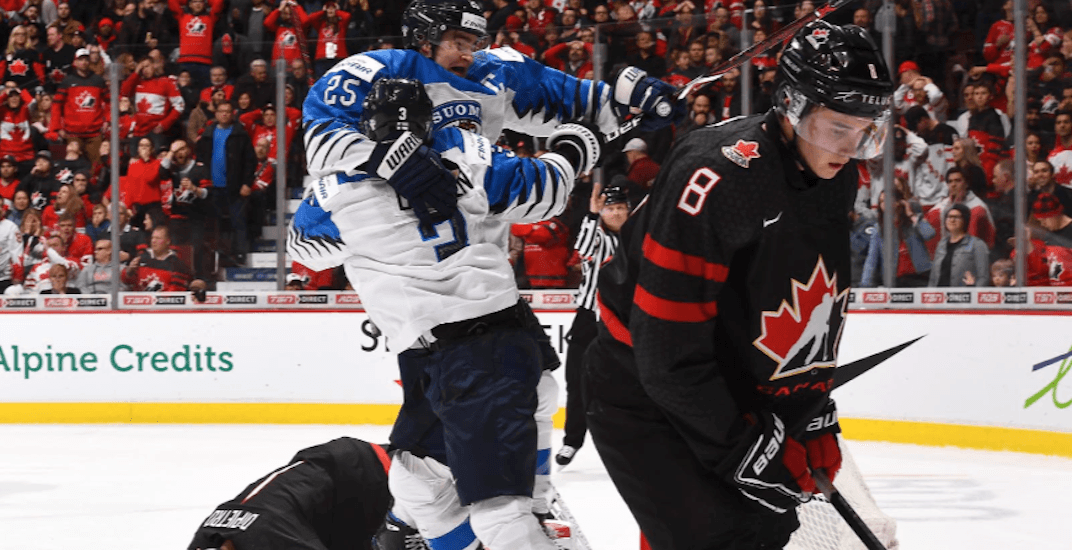 Team Canada Captain, Maxime Comtois, has been lashed with insults on social media after missing a penalty shot in their stunning quarter-final overtime loss to Finland on Wednesday night.

Parti Quebecois interim leader Pascal Bérubé‏ took to Twitter himself and says the insults against the Longueuil native is “anti-francophone racism.”

Following Team Canada’s premature elimination on home ice, angry fans took to Instagram (comments which have since been disabled) and Twitter to call out the 19-year-old for missing a penalty shot that would have sent Canada to the semi-finals. 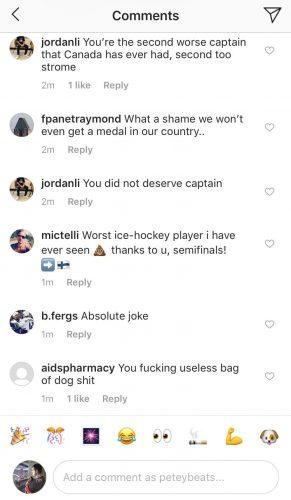 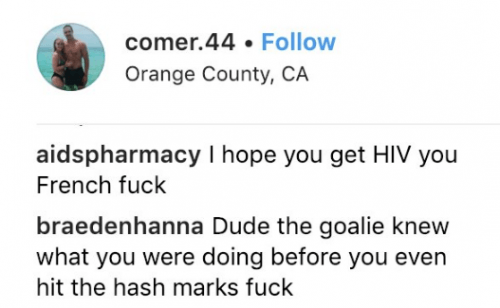 Comments pointed out that Comtois is French, that he didn’t deserve to be captain, that he’s a “diver,” a “French f***” and that they hope he gets HIV.

Comtois, who also plays for the Voltigeurs in Drummondville, was drafted by the Anaheim Ducks in 2017.

Team Canada’s loss means the country will not play for a medal in the World Juniors for only the second time in the last 21 years. This is also the first time in World Junior Championship history that Canada fails to medal on home soil.