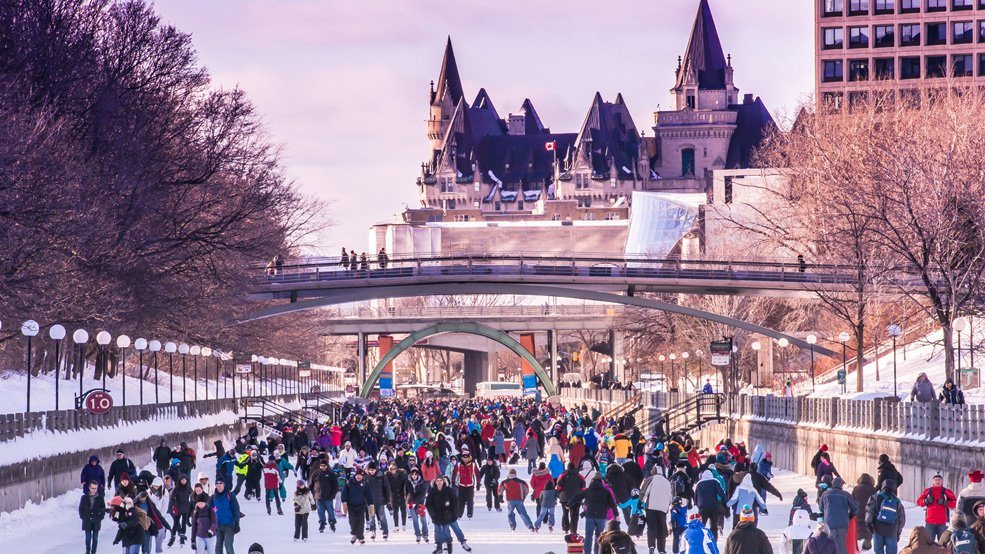 Winterlude is about to take over Ottawa/Ottawa Tourism

Winterlude is an annual free festival that spans over three weekends in February, and it all begins with a kick off party. The party takes place on February 3, and will include ice sculptures, live music, and an epic outdoor dance party.

And Ottawa knows how to party in the cold. The city is home to the Rideau Canal Skateway, the world’s largest skating rink. All Winterlude festivities take place along the Skateway, with the world’s biggest snow playground, The Snowflake Kingdon, taking place at the Jacques Cartier Park in downtown Gatineau.

To add to the wintery fun, this year Winterlude is hosting an Ice Dragon Boat Festival (that video above). For the first time in North America, dragon boats will race down the frozen Rideau Canal Skateway.

Plus, who wouldn’t want to take in this view of the nation’s capital… especially on its 150th birthday!

Where: Various locations, Ottawa
When: February 3 to 20