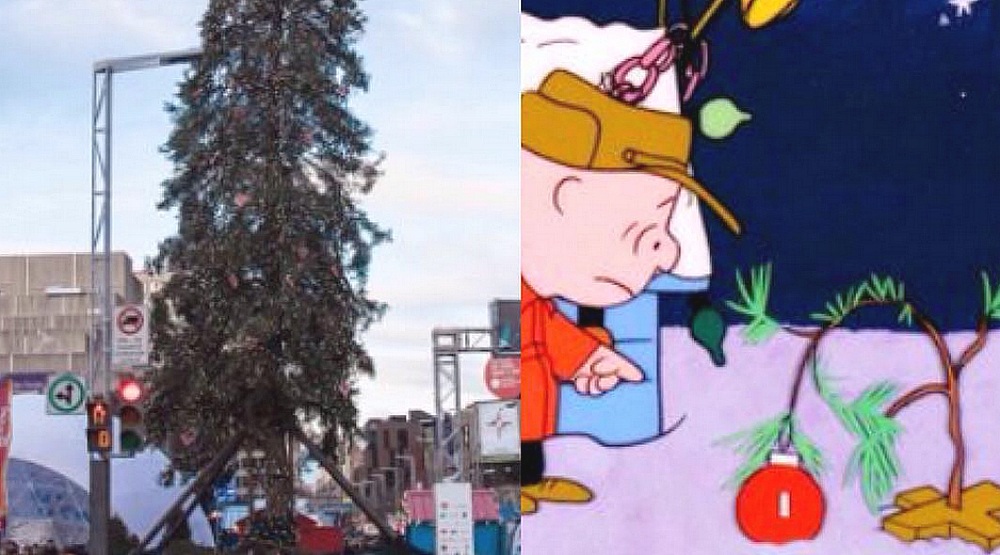 Denis – this is what a Christmas tree should look like! Return yours to Charlie Brown asap! @DenisCoderre pic.twitter.com/e7YcLQDg6Z

Don’t get us wrong, we’ll be the first to admit that our city’s resident tree in PDA is not exactly the world’s prettiest tree (or nowhere near it, in fact). As has been noted by Mashable, the National Post, Buzzfeed News, People Magazine, The Today Show, and many Montrealers themselves, the tree, meant to instigate the city’s 375th birthday celebrations, was a pretty big disappointment.

Luckily, Montreal will have plenty of opportunities to show Ottawa Mayor Jim Watson what we’re made of, due to a whole slew of exciting activities to come in 2017. We’re talking about dog sledding, giant marionettes, an homage to Leonard Cohen, a Pink Floyd Opera, Igloofest, Fete des Neiges, and much, much more.

Here’s to 2017 (and a nicer Christmas tree next December)!