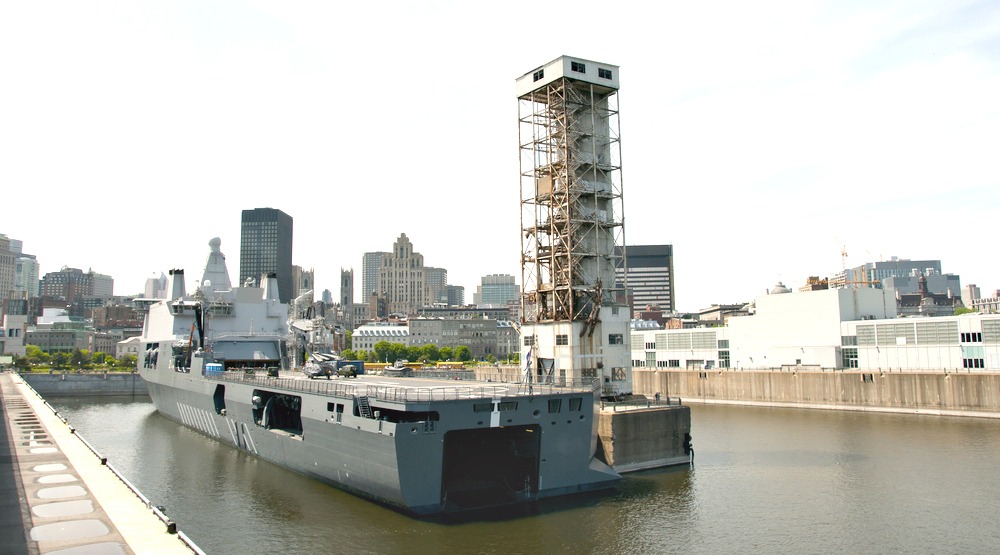 Today, in the Journal de Montreal, the Old Port of Montreal Workers Union put an ad in the paper asking Montrealers to call up Justin Trudeau. 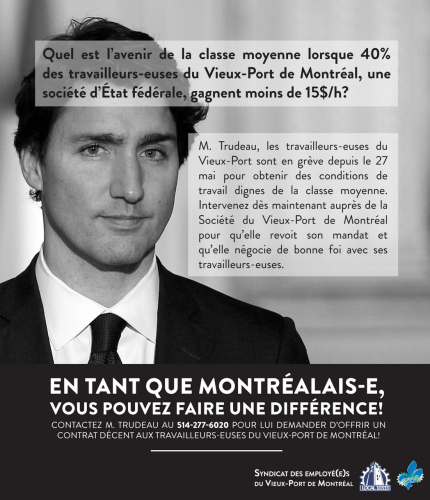 The union’s goal is to get as many people as possible to call Trudeau’s offices and flood them with demands catered to the striking old port employees.

What do these employees want exactly?

A standard salary rate of $15 an hour for all jobs in the old port. Currently, wages can start as low as $10.67 an hour.

‘All of the Old Port employees make $1 to $8 less than someone working the same job in the same field in this province,’ said Konrad L’Amour, President of the Old Port of Montreal Employees Union. ‘With this particular ad we are trying to put pressure on the Trudeau government to take action, because our employer has submitted the same offer three times in a row and, quite frankly, it’s insulting.’

According to the union, 40% of employees in the Old Port of Montreal, a federally owned crown corporation, are making less than what other federal workers make in Canada.

‘The managers in the Old Port are clearly not the ones making the decision, so at this particular point time, we have to engage in a dialogue with people who can make a decision,’ LAmour said.

The negotiations are currently ongoing.