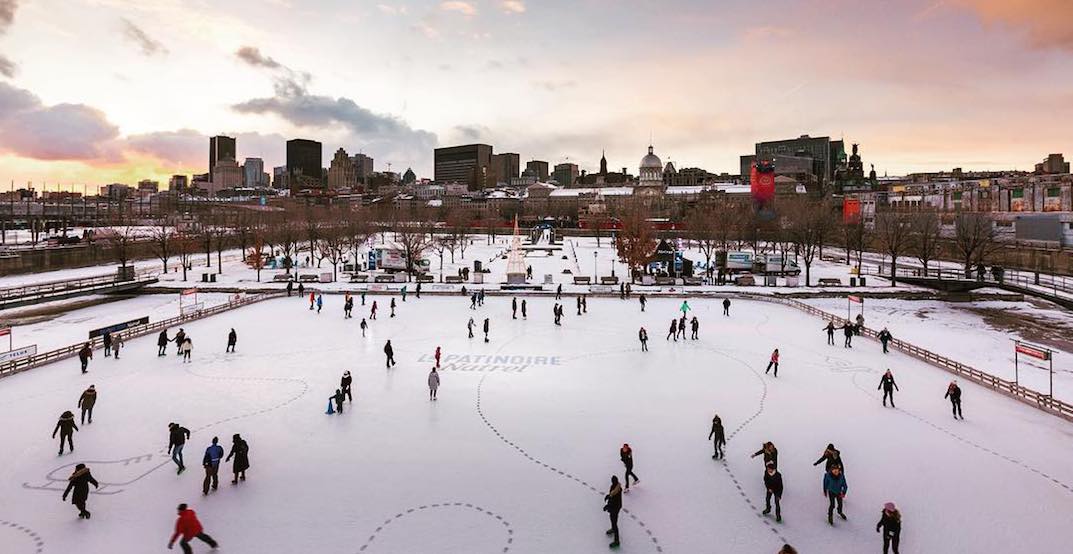 The Old Port skating rink will not be opening to Montrealers this winter.

Traditionally, the giant outdoor rink opens to the public in December, offering outstanding ice and picturesque views of the city.

Given the complications surrounding the pandemic, opening up the rink this year posed too many financial and security hazards.

Jean-Philippe Rochette, the Old Port of Montreal’s Public Relations Manager, told Daily Hive in an email that the decision to not open the iconic rink was made on Thursday.

The refrigerated ice system will not be installed, and no ice will be set up. “We will keep evaluating the situation,” said Rochette, “and we remain open to the idea of opening it at a later date.”

The 2,500-square-metre rink also hosted ‘DJ on ice nights,’ where skaters could glide to rock, classical, and jazz music on large outdoor speakers.

Rochette says the Old Port skating rink had been open every winter in Montreal since 1992.