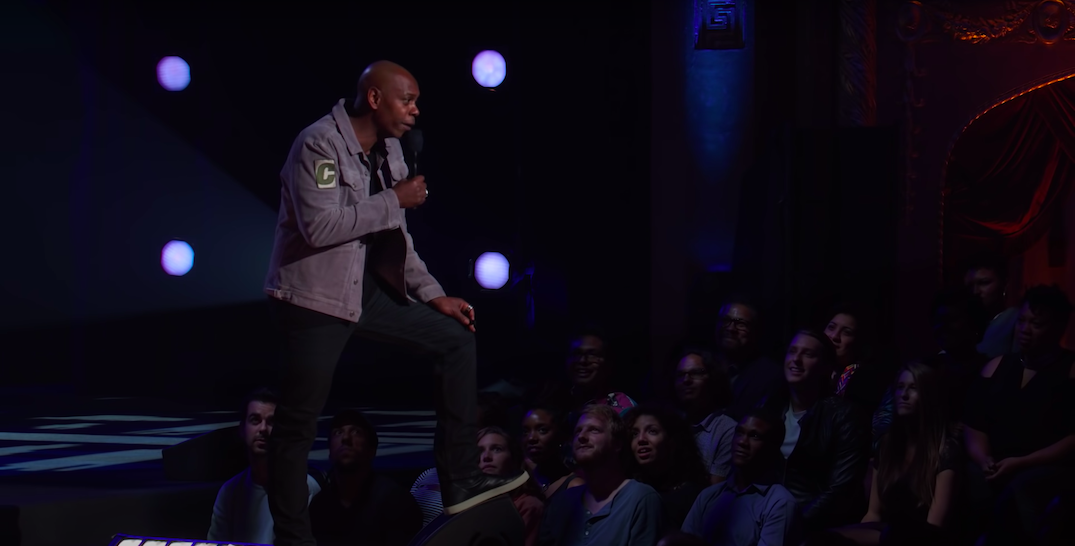 We could all use a good laugh these days, and thankfully, Netflix Canada has a truckload full of stand-up specials that are ripe for the picking.

From a few big-time comedians to some classic specials and fresh faces, here are some comics to give you some much-needed laughs these days.

You can’t go wrong with any of Dave Chappelle’s specials on Netflix (or any form of Chappelle, for that matter).

In this special from 2017, Chappelle makes his triumphant return to the screen with a double-dose of blistering specials.

Bo Burnham is a bright comic who tackles comedy with an eccentric take, words, puns, and plenty of music.

John Mulaney relays stories from his childhood and SNL, eviscerates the value of college and laments getting older in this electric comedy special.

Richard Pryor’s classic 1979 concert film has him discussing a wide range of topics, including race, the police, and his favourite target — himself.

“Brooklyn Nine-Nine” star Chelsea Peretti showcases her diverse talents in this dark yet silly reimagining of the comedy special.

The sky’s on fire. The lizard portal is open. He’s hashtagging the end times and trying to stay woke.

In his world, there’s no such thing as too dark or too son — a night of twisted comedy with a master provocateur.

You can’t mention stand-up comedy and not list Delirious.

Flashing the wild standup comedy that made him a household name, Eddie Murphy unleashes uncensored observations and parodies in this 1983 live show.

Newly engaged comic Iliza Shlesinger dives into undeniable truths about life at age 35, the insanity of the road travelled, and what’s to come.

Nothing is sacred in this show from Australian comic Jim Jefferies, whether it’s the mother of his child, auditioning disabled actors, or gun control.

Chris Rock takes the stage in Brooklyn for a comedy special filled with searing observations on fatherhood, infidelity, and American politics.

On her 40th birthday, Tiffany Haddish drops a bombastic special studded with singing, dancing, and raunchy reflections on her road to womanhood.

Stand-up comic Katherine Ryan reminisces about unusual relationships, life in the hometown she hates, and the time she enraged an entire nation.

SNL alumnus and subversive master of late-night TV Seth Meyers comes out from behind the desk to share some lighthearted stories from his own life.

On his painfully honest but hilarious journey, Birbiglia struggles to find reason in an area where it may be impossible to find: love.

She’s fierce, filthy, and pregnant. And after finally her Mr. Perfect, she dreams of never working again.

In his first special in seven years, Ricky Gervais slings his trademark snark at celebrity, mortality, and a society that takes everything personally.

People keep telling her to enjoy her 20s. Loser boyfriends? Bad decisions? Broken engagements? Yeah, she’s having the time of her life.

Judah Friedlander, American is the Greatest Country in the United States (2017)