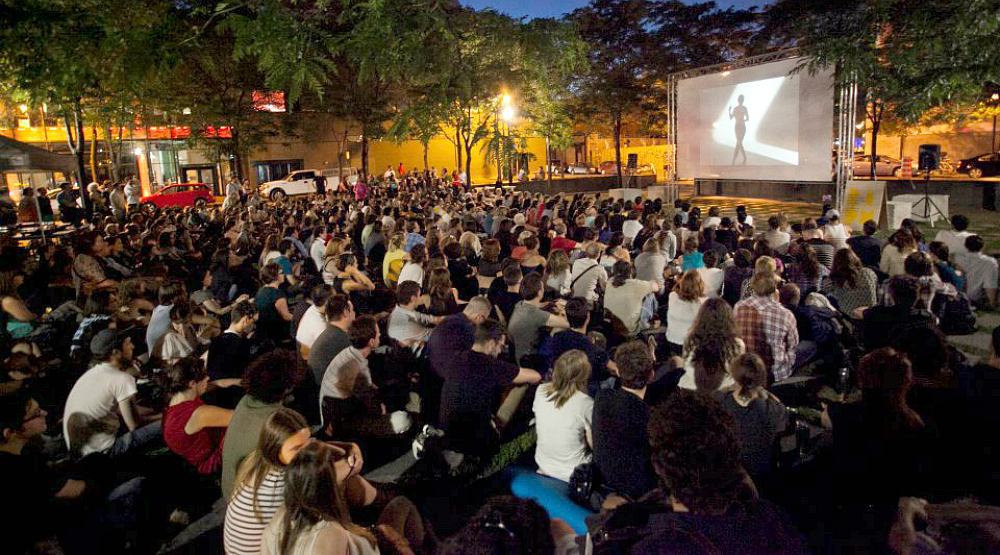 Montreal’s favourite outdoor film festival is back! Organized by the Society of Arts and Technology in collaboration with the Quartier des Spectacles Partnership and the borough of Ville-Marie, Urban Cinema Under the Stars will be running from June 14th until September 6th.

Every Tuesday at 9:00pm from June until September there will be an outdoor film screening occurring at Place de la Paix. All 13 film screenings will be completely free of charge to the public, so if you’re looking for a romantic and artsy date idea, Urban Cinema Under the Stars sounds like your best bet!

With films ranging from documentaries to blockbuster hits, the lineup is as diverse as Canada itself. If you were hoping for something a little more mainstream and feel-good, The Goonies will be playing on June 28th and Hackers is scheduled for July 5th.

As if the 2016 lineup of Urban Cinema Under the Stars wasn’t enticing enough, there will also be a “Tuesday Skate Jam” happening every Tuesday at 6:00pm before the screenings. Gnarly.

For more information and to check out the full 2016 lineup, click here.

Note: All films will be screened in French without English subtitles.