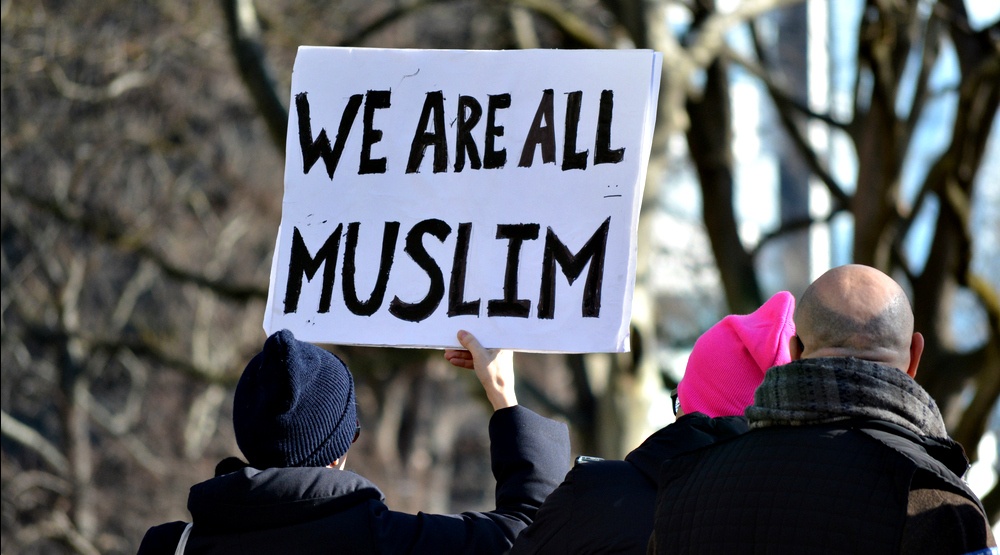 The minute talk of a travel ban started circulating, I saw the grumbling immediately appear online. Many Montreal residents I know expressed a desire to either avoid travelling to the U.S. because of security concerns and potential hassles at the border, or out of a deliberate desire to boycott travel to the U.S. in protest of President Trump’s xenophobia and over-the-top protectionism.

Increased scrutiny at international borders and distrust in many cases of anyone who’s Muslim or originally born in some of the countries now part of the ban – even if they are currently Canadian citizens – has meant that many of our own residents have been denied access to the United States.

One of the first instances took place in February, when Fadwa Alaoui, a Moroccan-born Canadian citizen living in Brossard who is Muslim and wears a hijab, was turned away after border guards found videos of daily Muslim prayers on them.

Then, two days later, Yassine Aber, a 19-year-old Canadian kinesiology student whose family is from Morocco, who was on his way to Boston University for a track-and-field meet, was held at the border for five hours and ultimately denied entry.

A month later, 30-year-old Manpreet Kooner, a Canadian citizen who was born to Indian parents in Canada, raised here and has a Canadian passport, was singled out and denied access. Kooner was on her way from Montreal to a spa in Vermont for a day trip with two friends, who are incidentally both white. She was held at the border for six hours, before being turned away and told she needs to apply for a visa to enter the country.

Despite many of these Canadians not even being from countries on Trump’s travel ban, and despite the U.S.’s insistence that this isn’t a Muslim ban and no racial or religious profiling is taking place, the one thing most people being denied entry seem to have in common is brown skin and their Muslim faith.

The ban has infuriated people around the world and has sincerely made many too uncomfortable with travelling to the U.S. right now, with many loudly proclaiming they are willing to wait four years for Trump’s term to be over before entering U.S. territory.

The overall impression many people currently seem to have of the U.S. is that the country is unwelcoming to foreigners. It’s a perception (fair or otherwise) that has drastically decreased interest in the U.S.as a travel destination and is being referred to as the Trump Slump.

Well-known travel website Frommers reports that “experts across the travel industry are warning that masses of tourists are being scared away from visiting the United States, and the loss of tourism jobs could be devastating.”

According to the Global Business Travel Association, in only a single week following announcement of the ban against certain foreign tourists, the activity of business travel declined by nearly $185 million.

In the meantime, the aggravating and embarrassing-to-many-Americans incidents of travellers being singled out and treated unfairly continue to take place, exacerbating the situation and leading even more individuals and even entire organizations to take the decision not to attempt to enter the U.S. in the near future or while the ban is in place.

Two days ago, the Girl Guides of Canada announced it will not approve any new travel to the United States. The organization says it decided to cancel future trips due to uncertainty over whether all of its members would equally be allowed to enter the U.S. Without necessarily mentioning the travel ban, it’s without a doubt in reaction to it and a pre-emptive measure to the possibility of one of their girls left behind. The decision has been applauded by most.

The Greater Essex County District School Board in Windsor, Ontario, made a similar decision recently, by cancelling all school trips to the U.S. They cited “equity” as one of their reasons.

Last week, Montreal’s Westmount High School students unanimously decided to alter their U.S. senior trip travel plans to ensure that none of their classmates would be left behind at the border.

During the interview that she gave the Montreal Gazette’s reporter, Sabrina Jafralie, the school’s ethics teacher said: “The thought of one of us being left behind just wasn’t acceptable to the students. So they decided to change the destination of our trip. The majority stood up for the rights of the minority. It was a sort of ‘all for one and one for all’ moment. They stood up and said: ‘If one of us can’t go, we all won’t go.’ I’m extremely proud of them.”

Probably the most egregious example is a recent incident of Canadian church volunteers from Hamilton, Ontario, heading to the U.S. to do some relief work in areas affected badly by Hurricane Sandy, were denied entry, for fear they would take American construction jobs. Here are people trying to enter the country to do some good and they are turned away. Insulting and aggravating to the volunteers trying to lend a hand, disappointing and unfortunate for the Americans who would have been thankful for the help.

These are just some of the cases that have made headlines, and one can’t help but wonder how many schools, organizations, and individuals have silently changed their travel plans to the U.S. and how many more will in the future.

If social media is any indicator, it’s not looking good for Americans who benefit from Canadian travellers coming to their country. The Trump Slump might only get worse as time goes by.

So let's just do it. Canadians: pledge no travel to US, until #MuslimBan lifted. Preferably travel to Mexico instead. #NoBanNoWall

School officials in and around Windsor in Canada have decided to suspend all field trips to the American side https://t.co/69VxUGlBWX

2. We are both starting to feel that we should suspend travel to the US to visit her family until all Canadians no matter their surname

As long as Canadian Citizens of colour are being turned away at the US border for no reason, all Canadians need to boycott travel to US.

@CNNPolitics well, I know many Canadians who have cancelled travel plans to the US & have no intention of going there while Trump is #POTUS

Was planning on going to the US for our vacation this year, but after all the Canadian born citizens getting turned away, I'm turned off. 👎🏻

Thought Canadians had nothing to worry about?

Not traveling down there until ALL Canadians are treated with respect.

This is what leadership looks like: Girl Guides cancels all travel to the US as a proactive measure, to ensure 'no girl gets left behind.' https://t.co/47HITyHAQt