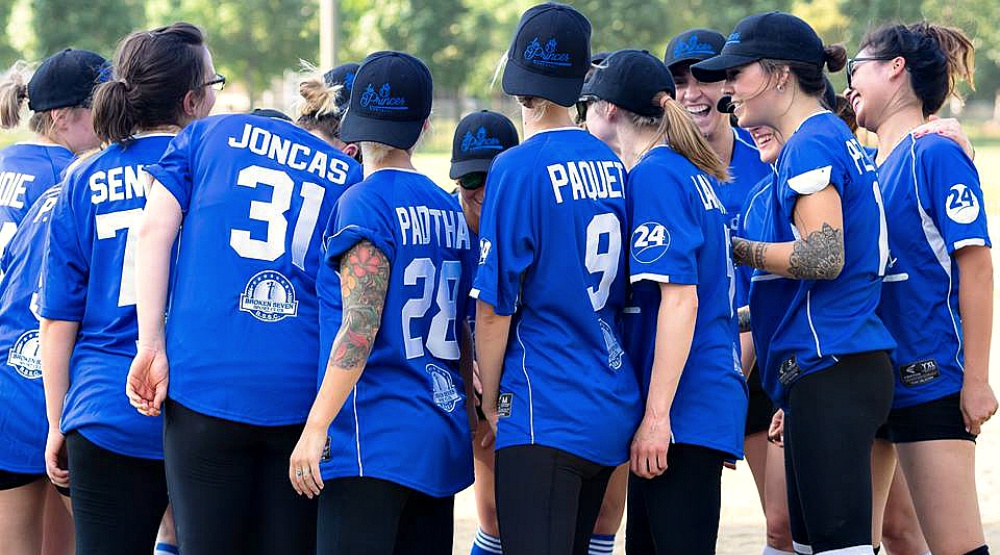 No damsels in distress to be seen here!

Created two years ago by Léa Vinson, Les Princes is an all-female Montreal-based softball league that meets every Monday night at 6 p.m. at Laurier Park in the summer. The league is comprised of four teams (Rouges, Bleus, Verts and Noirs) which consist of approximately 70 women between the ages of 25 and 35, who get together to play hard and have a great time while doing it. 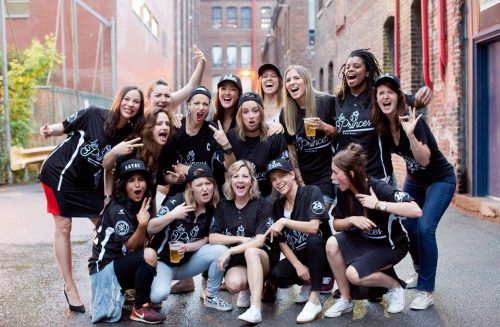 But why name an all-female team after the guys we were told we should be breathlessly waiting for as little girls, the guys who would appear if we kissed enough ugly toads, the guys who Disney told us would slay the dragon, and wake us up from that evil spell with a kiss?

To ask a question, is to sometimes answer it.

“It’s about rejecting the helpless princess stereotype and associating more with the prince one,” says team member Valerie Pelletier, a long-time softball player and mom of two young boys. “We aren’t afraid to get dirty, to be loud, and we also want to be the ones who help out (as opposed to the damsel in distress stereotype) so we use sports, and girl power to raise funds for “less popular” causes that affect lots and lots of people.” 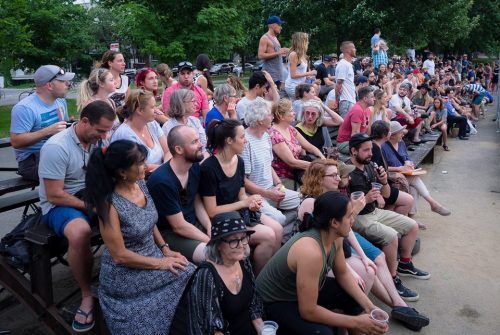 Pelletier isn’t exaggerating. Last month, in the span of a two-hour game, they managed to raise $10,000 for Suicide Action Montréal. That’s the opposite of helpless.

This coming Monday, August 22, at 6 p.m. they will, once again, be using their girl power to raise money and awareness for another very important cause: eating disorders. Not only do eating disorders like anorexia and bulimia affect women disproportionately, they are actually on the rise in Canada.

“It’s difficult to put an exact figure on the amount of people affected by eating disorders, as numbers vary between 150,000 to more than 600,000 across Canada. 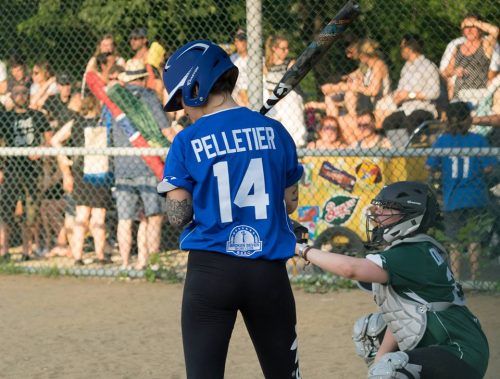 About three per cent of women are affected by an eating disorder over their lifetime. Doctors say there are two-to-three times more cases than a generation ago. […] Eating disorders also have the highest mortality rate of any mental disorder, according to the National Initiative for Eating Disorders (NIED).”

ANEB Québec was chosen as the recipient for their upcoming fundraiser because many of the women on the league had either experienced body issues or knew of people who had dealt with or were still dealing with eating disorders. The provincial organization has been tackling eating disorders for over 25 years. According to them, more than 300,000 Quebecers are in danger of developing eating disorders and more than 60,000 people between the ages of 12 to 30 suffer from anorexia or bulimia, with eating disorders being the third most prevalent chronic disease affecting teens. 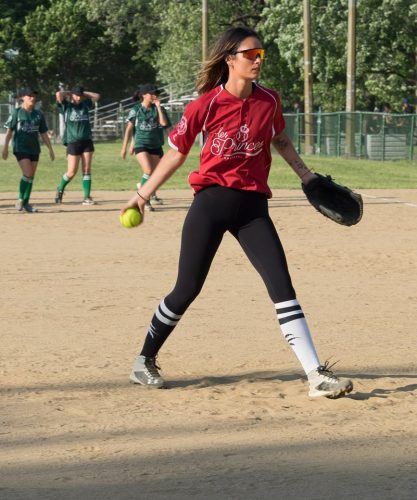 Watch some of the women on Les Princes explain in their own words (video in French) why they are raising money for eating disorders.

But aside from having a huge heart, these ladies are also having huge amounts of fun. The team spirit, the sheer exhilaration of teamwork and competing, the camaraderie and socializing together, the packed stands every Monday night, the after-game beers, the opportunity for all of them to leave everything behind (work, kids, studies, etc.) and just come together for one night a week is what has made this league so popular.

“It’s only our second year, but it’s become something else,” explains Pelletier. “It started with only two teams last year, now it’s up to four, and 300 women applied to be on the team this year!” 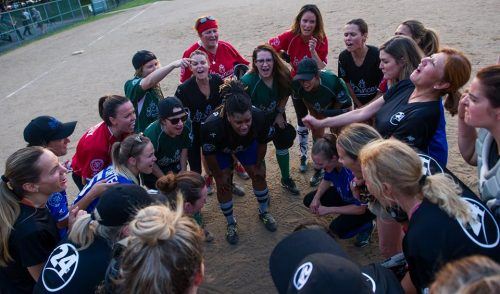 It’s a good thing there are a lot more options available in the colour chart, because I predict more teams coming next year…

If interested in their upcoming fundraiser, check out their Facebook event, or go directly to the Eventbrite link to purchase tickets. Tickets are a mere $10 and also get you a Broken 7 beer. What are you waiting for?