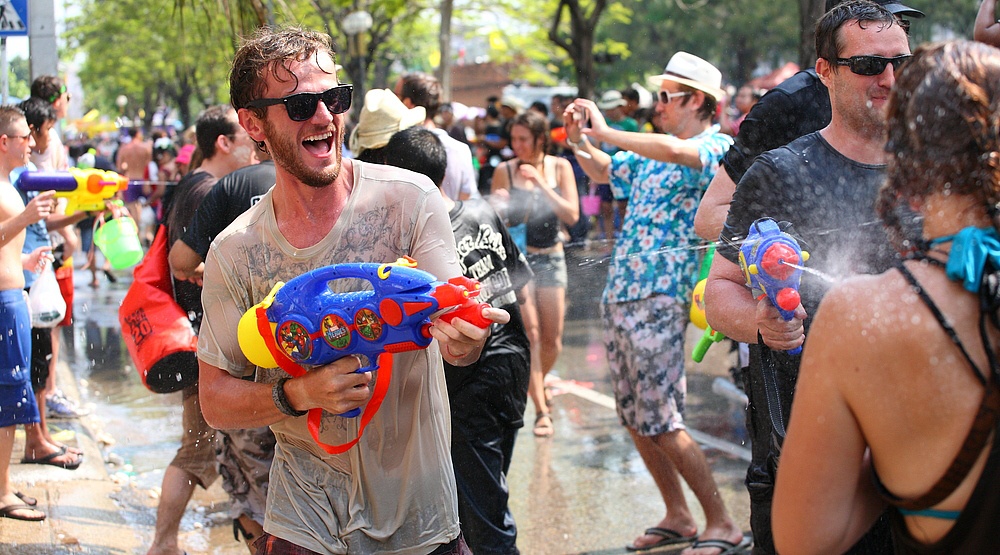 Get those super soakers ready because so far, over 10,000 people have RSVP’d to Jackalope’s water gun fight!

Taking place at Parc Olympique de Montreal on Saturday, August 20, this if the first annual Montreal water fight and what promises to be Montreal’s biggest water gun fight ever.

Bring your water guns, water balloons and any other form of water battle gear. If you run out of water don’t worry, there will be water refills on site.

The water gun fight is part of Jackalope, the largest action sports event in Canada.

It’s the event of the year for adrenaline junkies who come to enjoy a variety of events and activities, including initiations, demonstrations and international-caliber competitions. Events include World Cup Skateboarding for men and women, international base jump competition, open bouldering competition, and much more.

The event will also be host to live music, food trucks, and an action packed 3 days.

Get ready to get soaked!