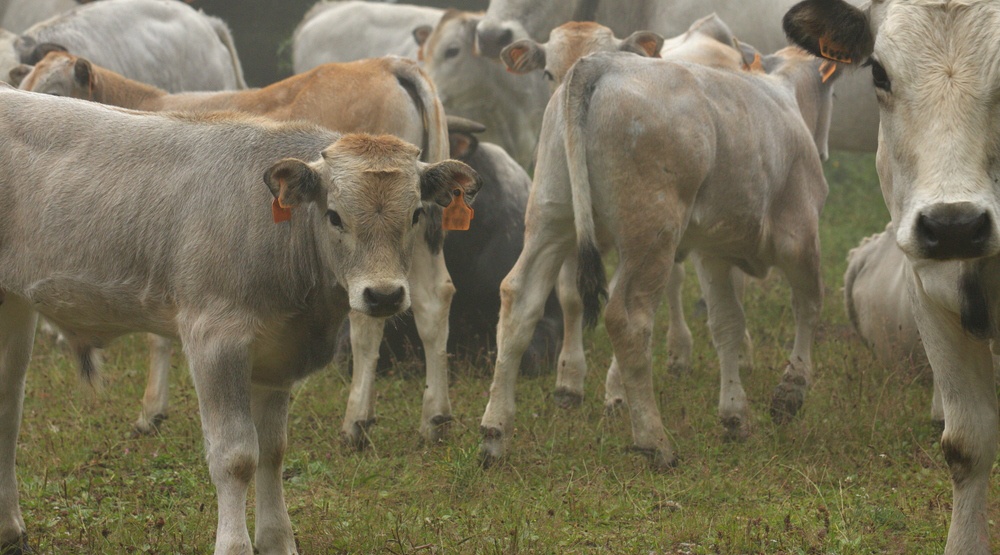 In 2014, a highly publicized Pont Rouge calf case sent shock waves across the country by exposing the cruel practices routinely used in the Canadian veal industry. Using hidden cameras, the organization filmed calves living in their own filth, constrained in tiny stalls, and staff kicking and screaming at the helpless animals. The Montreal SPCA launched an investigation, which led to charges against an employee, who was later found guilty.

In response, the National Farm Animal Care Council initiated a review of the Code of Practice for the Care and Handling of Veal Cattle in order to address animal welfare concerns in the veal industry. Yet animal advocates claim that the proposed modifications to the code would simply not prevent another “Pont Rouge” case from reoccurring.

Since the code must first go through a public comment period, which ends on February 14, before being published in its final form, now is the time for animal lovers to express their concerns to the code development committee. The Montreal SPCA is urging people to voice their concerns by signing Mercy for Animals’ petition in order put an end to the most egregious forms of cruelty in the veal industry

I spoke to Sophie Gaillard, a lawyer for the SPCA’s Animal Advocacy Department about the initiative and the desire to raise awareness about these inhumane factory farm methods. Gaillard works on initiatives to strengthen animal protection legislation at the municipal, provincial and federal levels, and via email she explained why this practice is so inhumane and why we should put a stop to it.

“As newborns, calves are particularly vulnerable animals and are currently subject to particularly egregious practices in the veal industry,” Gaillard explains. “Having been abruptly removed from their mothers at barely a day old, they crave social contact with other animals, yet the industry wants to continue to be able to raise them in total social isolation for up to 8 weeks, in crates so small they can barely turn around. Raising calves in crates has been banned for years in Europe – it’s time for Canada to catch up and afford calves the minimum level of welfare that group housing (housing with other calves) provides.”

While some may think that, if they’re not a vegetarian or vegan, this really isn’t their fight, they should reconsider. The truth is that indifference and lack of awareness from the general public of the conditions these poor animals are living in have allowed the veal industry to get away with this barbaric and cruel treatment. These are baby animals that don’t deserve to be handled so inhumanely. It might be easy to pick up that veal chop in the supermarket and forget where it came from, but are you truly prepared to ignore the cruelty that is involved in the process, and is that veal chop really that important to you? We, as a society, can help enact laws that better protect animals, and at the very least implements some very basic guidelines and animal welfare rules.

“The standard way of raising calves in Canada is to confine them in barren, narrow, individual crates that prevent any type of movement (they can’t turn around, lie down comfortably, let alone walk),” continues Gaillard. “This housing system also deprives them of any type of social contact with other animals, even though social contact has been shown to be crucial to their welfare. They are also fed an iron-deficient, anemia-inducing diet.

Now that the code is up for review the SPCA is urging people to voice their concerns by signing Mercy for Animals’ petition and possibly change the laws here in Canada.

And even those reading who aren’t ready to give up eating meat yet, have the power to at least move things in a better direction. Even as a meat eater, you don’t need to encourage an industry that is based on the torture and killing of baby animals. You can reduce your consumption of veal or completely eliminate it from your diet. There are plenty of other options.

“By making this simple change,” explains Gaillard, “people can send the veal industry a clear and powerful message that raising calves on barren concrete floors, in solitary confinement, has no future in Canada.”

To add your voice to the public comment period, go here.

A few simple and quick gestures may prevent, or at the very least decrease, the needless suffering and deaths of innocent calves and prevent the worst forms of factory farm abuses. It’s a step in the right direction.