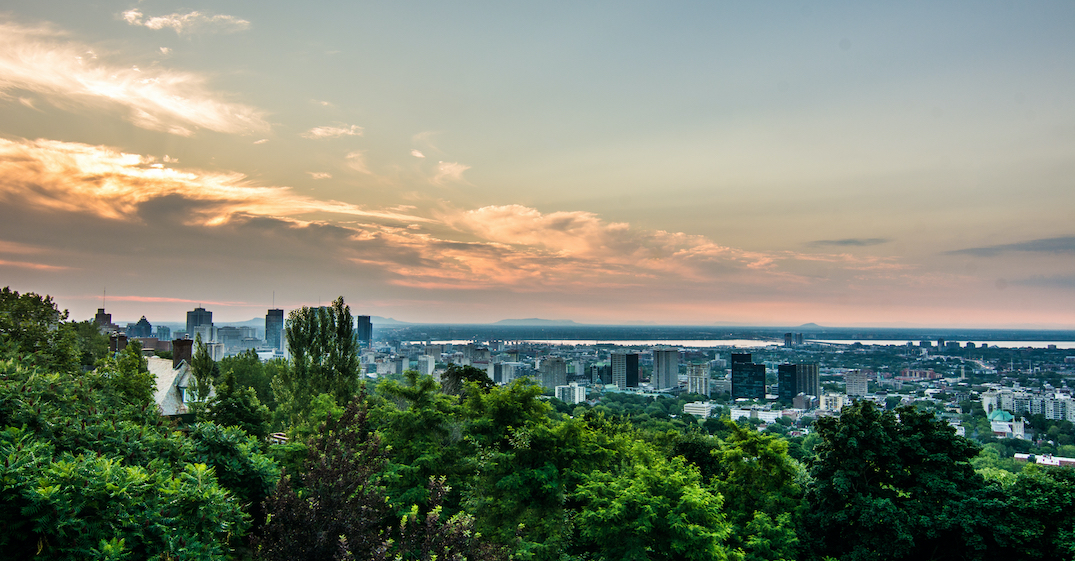 Summit Vodka comes from the foothills of the Canadian Rockies and uses only the best that Canada has to offer. Made with 100% winter wheat and distilled 5 times to deliver exceptional smoothness it is no wonder Summit Vodka was awarded 93 points at the Ultimate Spirits Challenge in 2020.

Happy trails Montreal! As the springtime weather sets in, it might be time to consider any of the city’s collections of gorgeous hiking trails.

As the season changes, strap on your boots and check out the city as it starts to bloom before summertime.

While the COVID-19 pandemic continues to limit our indoor events and activities, a family or solo hike might be just what you need to shave off month-long stints indoors on Netflix.

Here are a bunch of trails around Montreal that offer fruitful views from gorgeous vantage points, hidden trails, and an opportunity for hours of fresh air without having to leave the island.

Mont-Royal, the namesake of Montreal, is the obvious spot for on-island hikers.

Fusing the urban backdrop with a green-filled trek, the mountain offers a variety of paths which can take anywhere between 45 minutes to an hour and a half to get to the top. The top of the trek rewards hikers with the Mont-Royal Cross and spectacular sights of the city all with enough space to keep your mandated two-metre distance from everyone else at the top.

For hikers looking for an ubran trail, it’s tough to top Old Montreal. The borough is full of shops, cafes, restaurants, and history, making you feel like you’re hiking the streets of Europe.

The cobblestone streets might wear you down after a while, but that’s why all the restos are there to rejuvenate you.

The hiking path runs along the park’s edges making it easily accessible and its flat terrain makes it a great option for walkers looking to soak up some nice weather and some beautiful sights.

If you’re in the mood to soak up the historic Saint-Lawrence River in the spring, the Lachine Canal is a top-notch option for a hike.

The canal’s path was ranked the third most beautiful urban circuit in the world by Time magazine in 2009, according to Parks Canada. The path was opened in 1977, making it one of the oldest in the city.

The 13.5 km spot is popular due to its mix of water and greenery areas and it’s remarkably flat which makes it popular for bikers and ideal for walkers who aren’t in the mood for a steep hike.

Westmount Summit maes up a third of the peaks of Mont Royal. The hike starts with views of all the beautiful houses in Wetmount before getting to the Saint Joseph’s Oratory, one of the largest domed churches in the world.

Another route takes hikers into Summit Woods Park — a little hidden oasis that is covered by trees. It’s so dense, you won’t even feel like you’re on the island any more.

Dieppe Park cuts into the Saint-Lawrence River and is a quier park that lets hikers get right close to the rapids, breathtaking views of Old Montreal, Habitat-67, and the Jacques Cartier Bridge.

Located on a jetty between the Saint Lawrence River and the Lachine Canal, this 1,500,000 square foot park is full of structures, statues, trees, and geese on land and boats in the harbor.

Talk about the best of both worlds.

The Parc-nature du Bois-de-Liesse is a 158-hectares large nature park that spans several cities on the northwestern part pof the island.

It covers parts of Dollar, Ahuntsic-Cartierville, Pierrefonds-Roxboro, and Saint-Laurent

If you really want to get lost in a little bit of on-island greenery, it’s tough to top this gorgeous trek.

Besides being a fun name to say, the Morgan Arboretum is a 245-hectare forest reserve on the West Island. So no, you can’t hike to it from Montreal but once you’re there, you won’t be dissapointed.

The hiking trails are open all year round — you’ll spot greenery, flowers, and maybe even an animal or two.