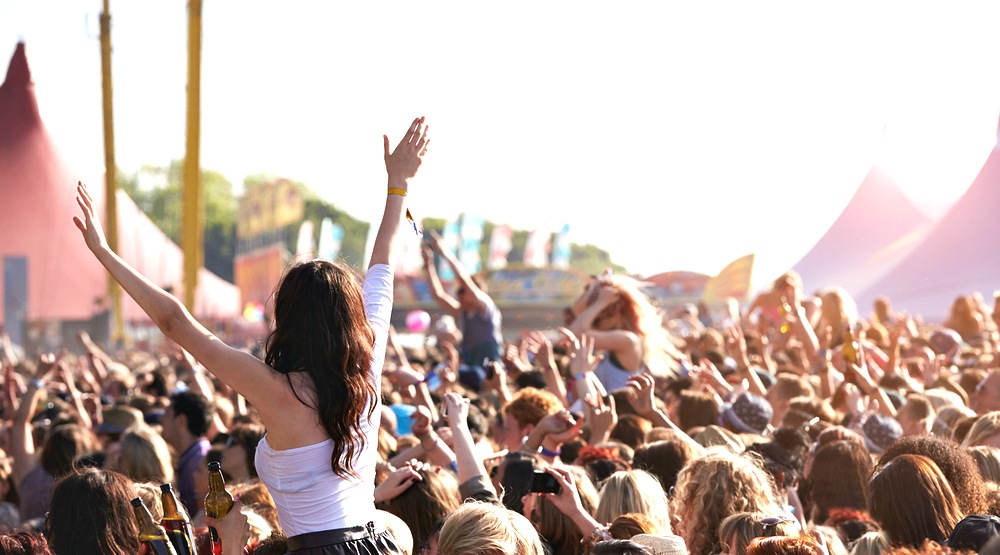 It’s been 2.5 months since Melanie Doucet shared her disturbing story about being slipped a date-rape-drug during Osheaga, a popular Montreal-based music festival organized by Evenko.

When she attempted to report the incident to Osheaga security, not only were they not helpful; they were downright dismissive and even went so far as to victim-blame her and scold her for not paying closer attention to her drink. A drink, by the way, which never left her hand.

When Doucet went public with the incident, a spokesperson for Evenko issued a textbook generic non-committal statement: “Evenko takes all necessary measures to ensure the safety of its festival-goers. We are sorry to hear what happened to this lady. We will proceed with an investigation in order to find out what transpired.”

Two and a half months later, I have yet to hear of any investigation taking place, let alone any conclusions or changes being announced and/or implemented. The intent behind the statement remains disappointingly obvious to me. Let this die down, guys, and we can go back to “business as usual”.

And “business” is good for Evenko. The concert promoter is the most important independent presenter/producer and promoter in Canada. In their own words, [the company] “presents more than 850 musical, family, and sporting events annually throughout the province of Quebec, Atlantic Canada, and the northeastern United States, plays host to the biggest entertainers in the world and invests in the development and promotion of artists from Quebec. Evenko is also the creator and producer of two major festivals, the Osheaga Music and Arts festival and Heavy MTL. In July 2012, Pollstar ranked Evenko 9th worldwide in the Promoter category.”

Listen, I’m not hating on Evenko. It’s a great local company and they put together some amazing events. But we’re not talking small potatoes here. Millions of dollars are invested and gained in the process. Why isn’t a minute fraction of that profit not being re-invested to ensure that a few minor changes — security training in bystander intervention, added personnel on the ground, lids on drinks sold on the premises, etc.– make the experience of concert and festival going safer for ALL fans?

You can’t in good faith claim as a company that you “take all the necessary measures to ensure the safety of your festival-goers” if you are unwilling to discuss and implement even the most basic of recommendations.

Doucet’s recommendations, by the way, have come about after lengthy discussions with organizations that help prevent sexual assault incidents in public spaces. Ottawa’s Project SoundCheck deals with exactly that, focusing on raising awareness and on training music festival volunteers in bystander intervention.

“I based my petition recommendations on research and best practices evidence from across the country and had many discussions and brainstorm sessions with the Sexual Assault Network (SAN) of Ottawa,” Doucet, who is currently completing a Ph.D. in Social Work, confirmed to me.

Speaking of non-committal, here’s the City of Montreal response after she sent in her formal complaint letter to Evenko.

“The city of Montreal is a cultural metropolis with a wide range of events. There are numerous interesting elements raised in this petition. We are open to exploring these suggestions with our partners.”

Sorry, I fell asleep there for a brief minute.

“Important elements raised” and “open to suggestions” are management buzzwords for “I want this uncomfortable conversation to be over with so I can go check if there are any more cinnamon bagels left at the company cafeteria.”

The art of saying something without saying anything at all is what makes fantastic PR people out there, and while I can appreciate the talent required as well as anyone, we’re talking ways to reduce sexual assault here, so I’m going to need something a little more concrete from both the festival organizers and the city.

Sexual assault at music and culture festivals is a very real problem. Predators use these public spaces as convenient hunting grounds because the convergence of several elements can make it incredibly easy for them to take advantage. Date-rape drug incidents are more common than you think.

As it stands right now, the City of Montreal has no policies, requirements, or initiatives in place to protect people from sexual violence at music festivals, nor does it fund any specialized sexual violence prevention and intervention training programs targeted at training event organizers and staff.

Why not change that? Why not force a very profitable festival promoter (and a city that benefits greatly from the increased tourist traffic during Osheaga and Heavy MTL) to take the necessary steps to decrease incidents like this from happening, like so many other festivals and cities are doing? Why are we allowing them to remain silent via our own silence?

Because, right now, it would appear to me that no one seems to care. There has been absolute silence from the media since Doucet launched her petition and barely an inkling of interest from Montreal residents, who seem uninterested in signing it, even though Doucet’s lawyer is planning on submitting it to the city in a few weeks.

Which begs the question: If we can have 12,0000+ signatures aiming to reverse the pit bull ban (and no one is contesting the validity and importance of said petition), why aren’t more Montrealers signing a petition that is urging a local company and our city to be more accountable when it comes to women’s safety?

Shouldn’t the risk of rape be receiving the same kind of outrage from us?

I urge you to read and sign the petition.

Send a clear message to both Evenko and the City of Montreal that sexual violence prevention and women’s safety matter.