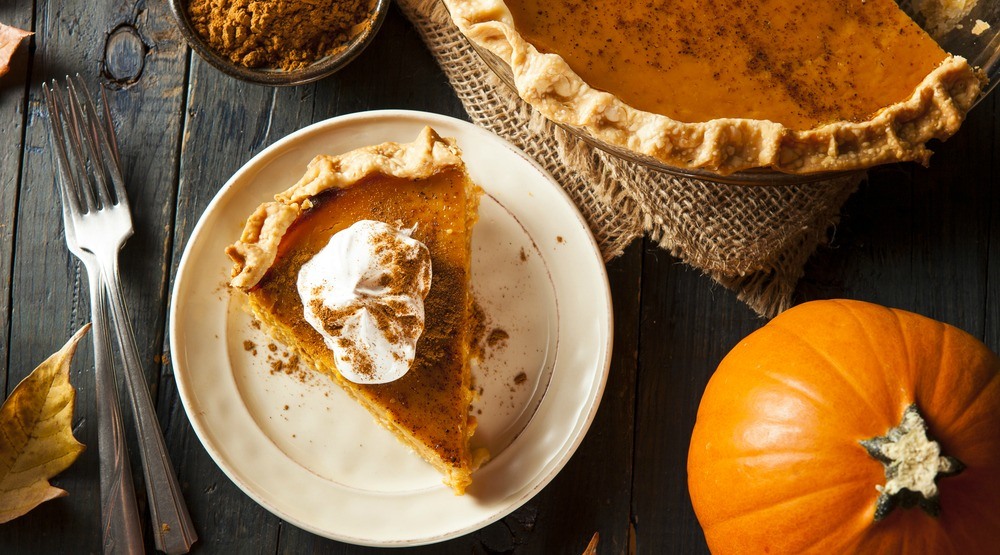 We all know fall is really about the baked goods. Pumpkin pie, pumpkin tarts, pumpkin cupcakes, and the list goes on and on…

If you’re craving a pumpkin treat, then you definitely need to make a trip to any one of the Montreal eateries below.

Specializing in hand-crafted, local desserts, Rustique Pie Kitchen serves up some of the best pies and cakes in the city. From traditional flavours like strawberry shortcake and cherry pie, to mouth-watering new inventions like a banana split banana creme pie, the Rustique Pie Kitchen executes all of their baking to perfection. However, this fall season, it’s the pumpkin pie we’re after. Made fresh, Rustique Pie Kitchen’s classic pumpkin pie is as good as they come.
Where: 4615 Rue Notre Dame Ouest

Patisserie de Gascogne is a Montreal institution. Located in the Mile End, this French bakery is known for their incredible house-made chocolate, cakes, bread, and pastries. Always up for some seasonal fun, Patisserie de Gascogne not only makes a mean pumpkin tart, but they also make some pretty spectacular Halloween chocolate (if you’re in the market for chocolate in the shape of a haunted house – complete with a ghost poking through the window – you need to come here).
Where: 237 Avenue Laurier Ouest

Leche Desserts is the place to be if you love donuts. However, recently it’s also become the place to be if you love pumpkin pie. Combining two of our favourite things, Leche Desserts has created the pumpkin pie donut. Yep. It’s true. If that’s not enough to make you flock to this St. Henri bakery ASAP, I don’t know what will.
Where: 640 Rue de Courcelle

Lola Rosa’s vegetarian and vegan options have been popular amongst Montrealers for years. In addition to their lunch and dinner menus, their dessert menu has always been pretty awesome. In the past, they’ve served up vegan desserts like chocolate cheesecake, French macarons, and apple caramel tarts, but it’s their pumpkin pancakes that truly take the cake. If you’re at a Lola Rosa this October, be sure to order the pancakes topped with apple, pumpkin, and ginger-spiced caramel.
Where: Various Locations

In addition to their magnificent afternoon tea, this hidden Old Port bakery is the perfect place to spend a fall afternoon. During the fall months, Bar A Beurre puts a fall twist on all of their delectable creations, including cupcakes, French macarons, cake balls, and whoopie pies. Think pumpkin, ginger, cinnamon, and apple.
Where: 350 Rue Notre-Dame Est

Ok so it’s not like you need another excuse to head to good old Timmy’s, but seriously their fall baked goods are on point. From pumpkin cream cheese muffins to pumpkin spiced donuts, the moment you step into your neighbourhood Tim’s, you’ll be filled with the warmth of autumn.
Where: Various locations