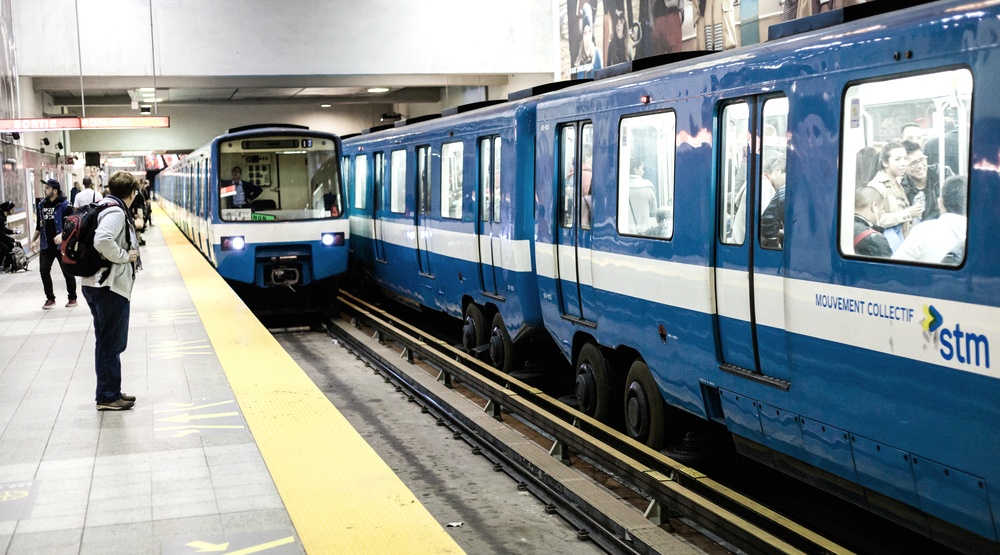 I haven’t had much to praise about Denis Coderre’s administration lately, what with half-baked pit bull legislation, overpriced gazebos, and plans to light up bridges and install granite stubs on Mt. Royal, so yesterday’s announcement that a $213-million project to add 14 more elevators to Montreal metro stations by 2022 was confirmed, in addition to the current 10 already underway, was definitely welcome news.

Elevators currently being built to be installed in 2020

Stations that are currently getting elevators by 2020 are Du Collège, Vendome, Bonaventure, Viau, Berri-UQAM and Mont-Royal. Elevators are currently being put in at Rosemont, Place d’Armes and Honoré-Beaugrand.

Elevators just announced and to be built by 2022

The 14 stations that will get elevators are:

Schnobb said during the presser that these stations were chosen because they were easier to outfit them with elevators and they wanted to balance out accessibility throughout the network. When the work is completed the Montreal metro system will have 31 accessible stations out of a total of 68, which isn’t all that great, but it’s a whole lot better than the current 10 we have.

The news may not be a big deal for some Montrealers, but it’s huge for a number of transit users with disabilities or limitations. For the past year I’ve been taking the metro regularly, after ditching my car which I had admittedly become addicted to, and I noticed the often-glaring issues with accessibility in certain stations.

Accessibilize Montreal, a Montreal organization that aims through advocacy and direct action to protest transit and systemic discrimination, published a map a few years ago showing the metro stations where one could find elevators. The result is quite striking and gives readers an idea of how limited metro access is for people in a wheelchair.

Although the STM’s website indicates that its metro system can be accessed with most wheelchairs and that wheelchair users can request assistance from an STM companion the truth of the matter is that our metro system, as awesome, safe, and fairly reliable as it is, was built in 1966 and has not necessarily kept up with current standards, requirements, and upgrades.

I’ve often looked at the sheer number of stairs and out-of-order escalators in certain stations and wondered how someone in a wheelchair or with a baby stroller can possibly navigate them. I’ve helped more than a few moms make their way down with strollers, but a public transit system shouldn’t force its users to rely on the kindness of strangers. It should ensure that they can independently navigate their way around it.

Some stations, like Lucien-L’Allier require going down three flights of stairs, if the escalator isn’t working. That’s a bit daunting and cumbersome even for a fit person, much less the elderly, the ill, and the ones severely limited by temporary or permanent disability. It’s worth noting this specific metro station was not on the list getting an elevator, which leads me to conclude that it’s probably one of the stations too hard to outfit with one.

Unlike private cars or taxis, public transit is an essential and tax-supported service and needs to absolutely remain accessible in every possible way. A number of users rely on it to affordably and safely get to work, to school, and to their necessary activities.

Last year, Le Regroupement des activistes pour l’inclusion au Québec (RAPLIQ), a group representing Quebecers with reduced mobility requested permission to file a $1.5B class action lawsuit against the STM and the AMT, as well as the City of Montreal and the provincial transport ministry.

Yesterday, the group still indicated that they intended to go ahead with the lawsuit, because 31 out of 68 metro stations with access to an elevator isn’t considered good enough and they’re hoping for 100 percent accessibility.

They’re right. Transit users with disabilities or limitations pay just as much for their pass as the rest of us do, and rely on these services for their mobility as much – if not more – than everyone else. They should be entitled to equal service and accessibility.

While this announcement is definitely welcome news for a lot of people, much more needs to be done to make our metro system more user-friendly. If the goal of all levels of government is to reduce road congestion and emissions (and Lord knows, with Montreal in the midst of a construction hell, we should all want that) and make taking public transit a more agreeable and environmentally friendly option, they all need to work together to offer us that. This is a huge step in the right direction.