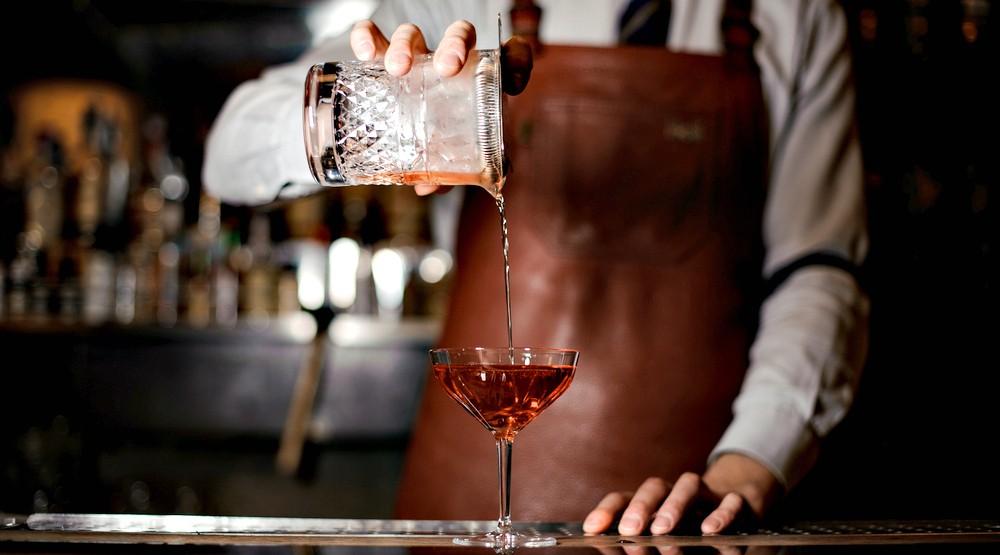 As yet another way of honouring Montreal and its 375th anniversary, an official city cocktail has been created.

Simply dubbed, the Montreal Cocktail, this Anglophone-meets-Francophone beverage was crafted by fifteen Montreal bartenders and was spearheaded by Kevin Demers, the owner of Montreal’s Coldroom.

Described as an aperitif-style cocktail that is “stirred, spirituous, and bittersweet,” the alcoholic beverage reflects Montreal’s French and English influences, as well as its national influences, and thus contains London dry gin, gentiane liqueur, and domestically-produced rye whiskey. 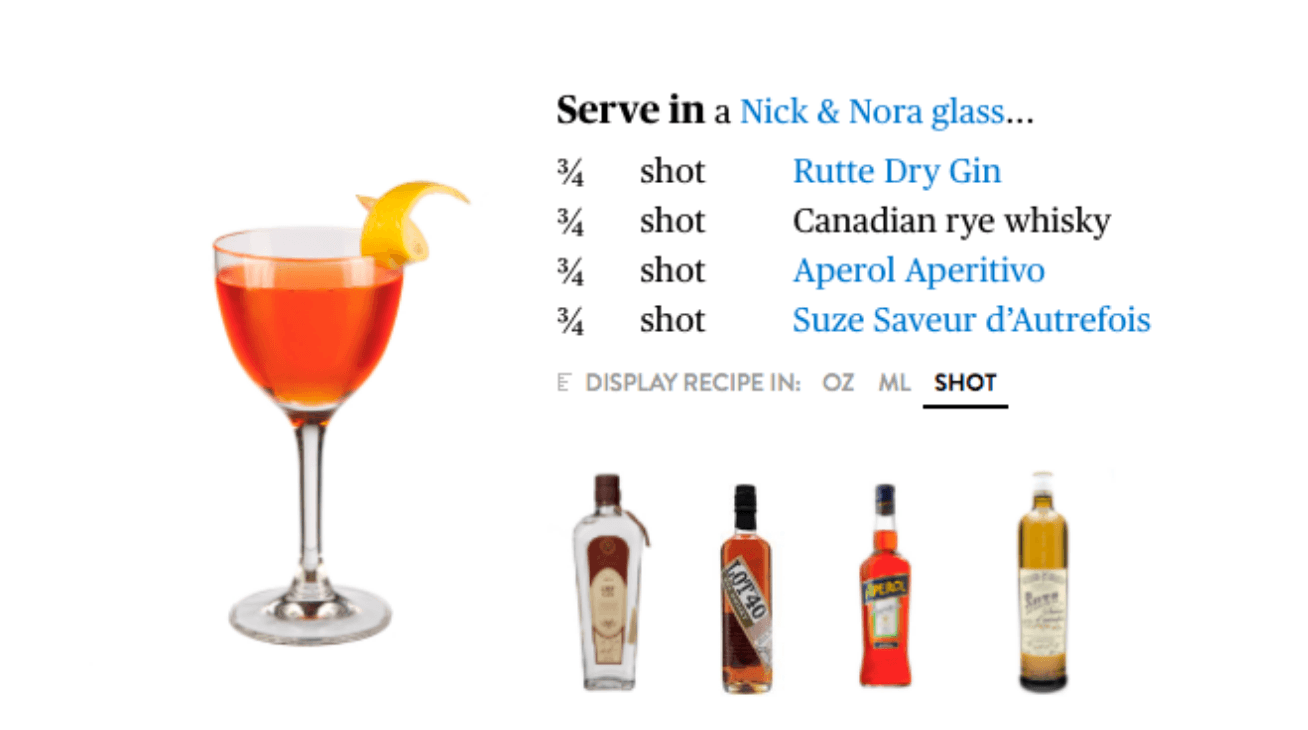 To be more specific, the officially recipe for the Montreal Cocktail, which has been published on Difford’s Guide and has earned 4.5 out of 5 stars, contains a ¾ shot of Rutte Dry Gin, Canadian rye whiskey, Aperol Aperitivo, and Suze Saveur d’Autrefois. All of these delicious alcohols are to be stirred with ice and strained into a chilled Nick & Nora glass. Finally, the cocktail is to be garnished with a grapefruit zest twist.

Intrigued? We certainly are! Luckily, we’ve got the full list of where you can order one of these classy cocktails in Montreal. From The Coldroom and Bar Le Lab to Distillery No. 1 and Santos, check out the complete list here.