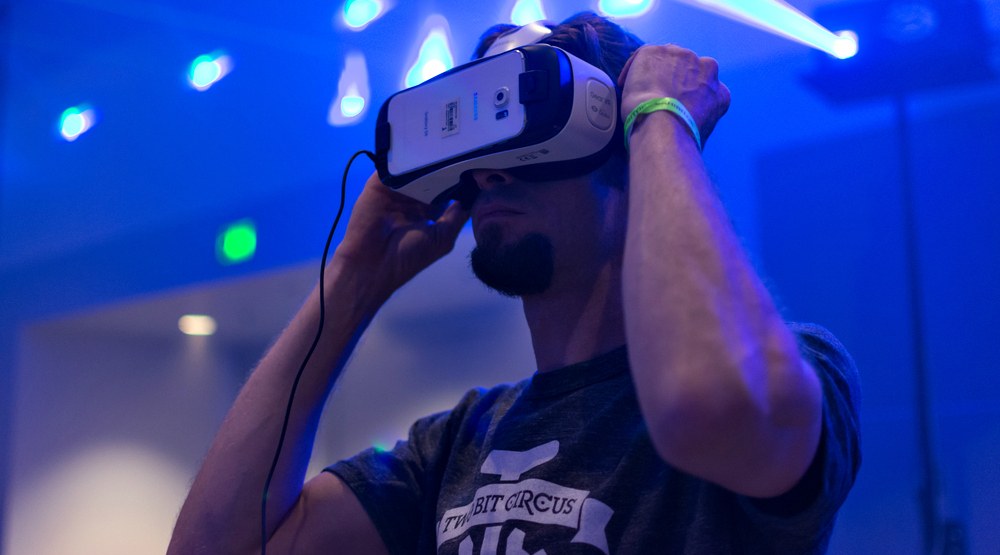 From a virtual reality exhibit to a Puma sample sale, here is everything you need on your social calendar today.

What: The new VR line-up features a collection of internationally acclaimed works including Henry, the 2016 Emmy Award-winning animated short created by Oculus Story Studio, Eagle Flight, a new game from Ubisoft, and the NFB’s Minotaur. Since opening in January 2016, the Virtual Reality Garden has delivered a unique perspective on contemporary social issues and provided a showcase for creative works.
When: Monday to Friday: 9 AM to 5 PM, Saturday: noon to 5 PM
Where: PHI Centre, 407 Rue Saint Pierre, Montréal

What: Get ready to shop! You can score up to 80% off on Puma shoes and clothing and Lole women’s clothing. The sale wont last long and things will be flying (literally) off the shelves. So if you need to spruce up your wardrobe or up your fitness fashion, make sure you check this out.
When: Until November 27
Where: Premium Retail Group, 4344 Rue Garand, Ville Saint Laurent

What: Musee Grevin just opened their brand new Nintendo-themed exhibition, Super Mario and Friends: The Exhibit. Running until January 8th, Super Mario and Friends: The Exhibit welcomes some of Nintendo’s most iconic characters to the museum. Wii U and Nintendo 3DS systems will be on display, as will classic Mario Bros. video games, and some that have yet to be released to the public. The show ultimately traces the Nintendo phenomenon, highlighting the past, present, and future of the gaming institution.
When: Monday to Saturday 10 am-6 pm, Sunday 11 am-5 pm
Where: Musee Grevin, Centre Eaton de Montréal, 705 Rue Sainte-Catherine O

What: Calling all classical music lovers! The Montreal Bach Festival returns for the 10th year in a row. In honour of the great composer, Johann Sebastian Bach, the Bach Festival attracts some of the greatest artists in the world. The Bach Festival will be happening over a two-week period until December 4th. During this time, there will be 12 conferences, 123,000 visitors, and 193 concerts held in 36 different venues. Cellist Yo-Yo Ma will be doing a special 10th anniversary gala performance at the Maison Symphonique de Montréal on December 2nd.
When: Until Dec 4
Where: Various locations

What: The Montreal Public Library has just announced their new borrow a musical instrument program, meaning you can now play an instrument at no cost! Available at select branches of the Montreal Public Library, the public is now able to sign out musical instruments from the library, and thanks to the Sun Life Financial Musical Instruments loan program, it’s completely free! Instruments include guitars, basses, violins, keyboards, ukuleles, drums, and xylophones.
When: Anytime!
Where: Click here for a full list of participating branches