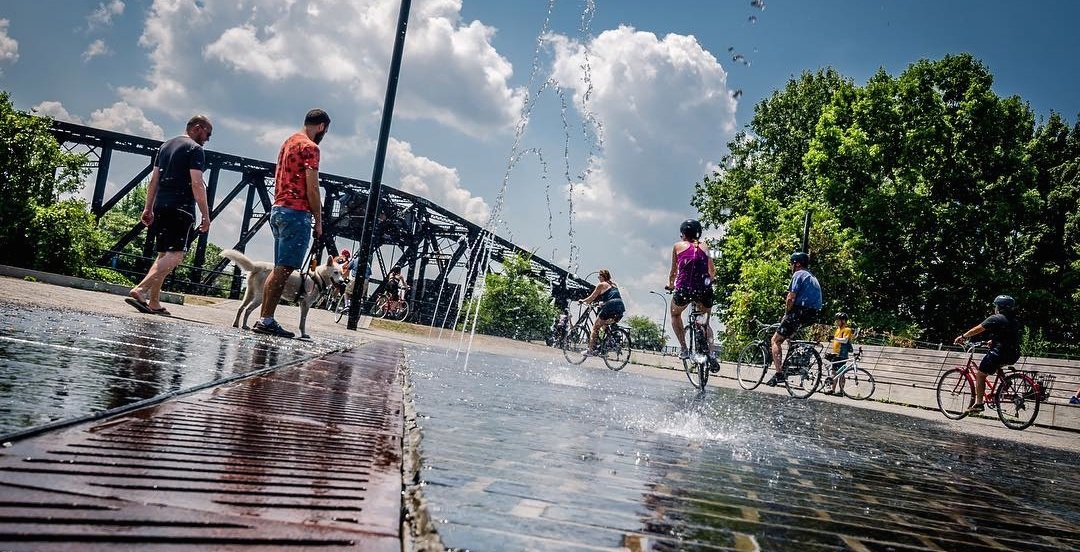 Yesterday’s rain didn’t really cool the city down. Thankfully, the humidity will subside a bit as the latter half of the week picks up. With that said, here are five fun events happening around Montreal today, July 18, as the muggy temperatures cool off a bit.

I Have a Date With Spring at Fantasia

The Fantasia International Film Festival kicked off late last week and the South Korean fantasy film, I Have a Date With Spring (2018) is set for its world premiere tonight.

The film follows a struggling filmmaker who encounters four mysterious creatures claiming to be fans of his work. The monsters urge the filmmaker to finish his project before the forthcoming end of the world, linking a metaphysical connection between the filmmaker and Earth’s demise.

The film is Screened in Korean with English subtitles and runs for 93 minutes.

Alexandre Barrette at Just for Laughs

Celebrate a big week at Just for Laughs with a free show.

Alexandre Barrette loves to laugh at himself and he brings the audience with him. He approaches his show ‘Imparfait’ with perfectly timed self-deprecating humour and goes into detail about the flaws of his life. The radio and television host’s newest special has sold over 100,000 tickets throughout the province. You can see it tonight for free.

Barrette will be performing in French.

The long-running outdoor theatre event has been performing around Montreal all July and will continue through until August. The 30th anniversary of the production embarks on Romeo & Juliet: Love is Love during their month-long journey with shows every day.

Snacks and drinks will be sold at the park and if you don’t bring your own chair, you can rent one for $5.

Four musical impersonators are performing a Britney Spears Greatest Hits Tribute concert. The singers will honour Mrs. Spears in a variety of concerts and outfits from all of her best-known work.

What’s even better? It’s free for kids (aged 13 and under) on Wednesdays.

It’s supposed to be a little bit cloudy today but still hot enough for some pool activities.

When: Every Wednesday until September 3
Time: 10 am to 8 pm (Jean Doré Beach until 7 pm)
Where: Parc Jean-Drapeau
Price: Free for kids under 13, $9 for adults