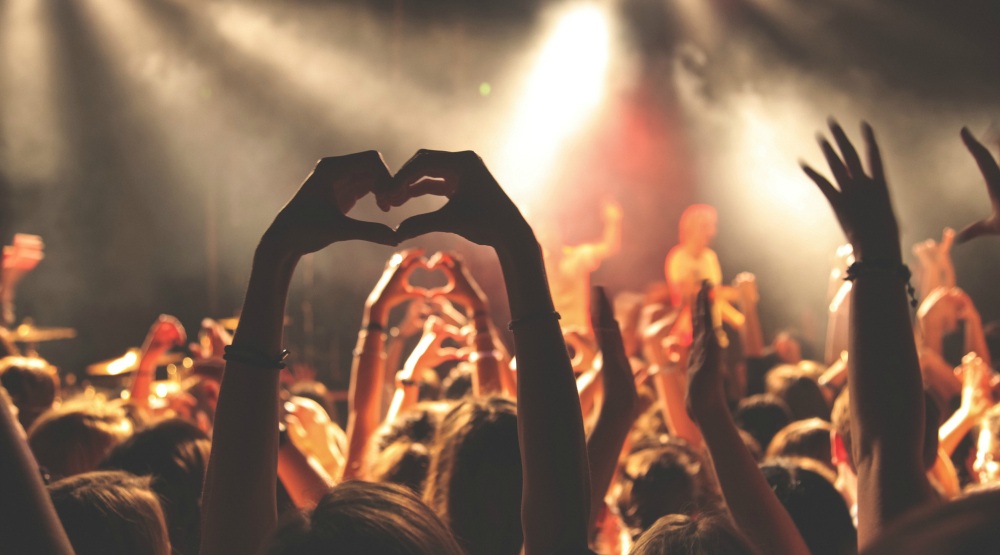 From the Santa Claus parade to a plethora of live music events, here is everything you need on your social calendar this weekend.

Every Saturday night at Rosewood a soulful variety of fresh bands and renowned acts grace the stage. This Saturday it’s a special edition with Juno Award winner Ivana Santilli from Toronto. The Italian/French Toronto native songwriter has had an impressive fifteen years to say the least. Her first band, Bass is Base, earned a Juno in 1995 for their blend of funk and pop. Since parting ways in 1999, Santilli has released four solo albums to critical acclaim & awards and has toured with big acts like James Brown, Tito Puente, De La Soul, Jamiroquai, and the Roots.
When: November 19
Where: Rosewood, 60 rue St-Jacques, Montreal

Do you love dance, music, raves, yoga, or all of the above? Then you’re going to want to check out Soul Pose Yoga. The travelling tour will be in Montreal on November 19th and 20th to bring you the coolest yoga session of your life.
From the creators of The Colour Run, Soul Pose Yoga is described as “the happiest yoga on the planet.” During Soul Pose Yoga Montreal, participants will be practicing yoga in only the glow of a blacklight. Everyone in the room will be wearing a Soulband LED bracelet that allows yogis to become part of the light experience. Finally, each session is lead by a world-class instructor and will feature happy beats, body paint, and choreographed lighting.
When: November 19 and 20 at 9am, 12pm, 4pm, and 7pm
Where: Arsenal Montreal, 2020 William

LEGO is returning to Montreal this November for Cine Brique 2016. Intended for families, Cine Brique 2016 includes massive LEGO creations, a brickfilm (a stop motion video made out of LEGO bricks), and an AFOL (Adult Fan of LEGO) convention. Take the opportunity to marvel at LEGO structures and join in on the fun! The event will also include a mini brickfilm festival, in which visitors are welcome to submit their own brickfilm in three different categories with the chance to win one of six prizes.
When: November 19-20
Where: College Champlain, 900 Rue Riverside, Saint-Lambert

Montreal’s Santa Claus Parade, otherwise known as Défilé du Père Noël, is officially happening in 2016 (not that we ever had any doubt). Confirmed for November 19th at 11am, there’s less than one month left until we can watch Santa make his way down Sainte Catherine Street. Prepare for an array of creative floats, fun performers, free goodies, and of course, Santa and Mrs. Claus to wave goodbye at the end of the parade.
When: November 19, 11am
Where: Sainte Catherine Street West, beginning at Rue Fort and ending at Rue Saint Urbain

M For Montreal is back for the 11th year in a row. Welcoming over 200 musicians and artists, Montreal is about to overflow with incredible music and exciting business opportunities. The festival will run from November 16th until November 19th, starting with a performance by folk-rock artist Martha Wainwright at the Rialto. Day two will feature the third edition of the Special Sirius XM concert benefitting Garage à musique de la Fondation du Dr Julie at Club Soda. Other performances on November 17th include the beloved Busty and the Bass, Brown, and Heartstreets. In the mood for a little free music? Be sure to attend the FrancoM Sirius XM showcase with headliners Yann Perreau, Zen Bamboo, and I.D.A.L.G.
When: November 16-19
Where: Various locations

The Montreal Antique Show is back for two weekends in November.
The antique festival will be comprised of two shows, the first in Westmount on November 19th and the second in Longueuil on November 26th. On the Saturday only, both locations will be filled to the brim with collectible antiques. Last year’s show included everything from furniture and jewelry to paintings and decor.
When: November 19th, 9am-4pm in Westmount and November 26th 8am-3pm in Longueuil
Where: Westmount Park United Church, 4695 de Maisonneuve West, and Place

The November Market is back for the second year in a row. Hosted by Artgang Montreal this exciting event is part market, part festival. There will be 40 local exhibitors selling a variety of seasonal goodies. However, there will also be a day full of workshops, live music, and an art demonstration by the Academie des Beaux-Arts de Montreal.
When: November 19
Where: Artgang Montreal, 6524 Rue Saint-Hubert

The Stewart Museum’s magical Christmas exhibit opens on November 16th. The exhibition will showcase 30 Santa figurines and a Szalasi doll castle that comes to life when music plays. Admission to the museum and the special holiday exhibit are free. Exhibition at the Stewart Museum November 16
When: November 16, 2016-January 8, 2017
Where: 20 Chemin du Tour de l’isle