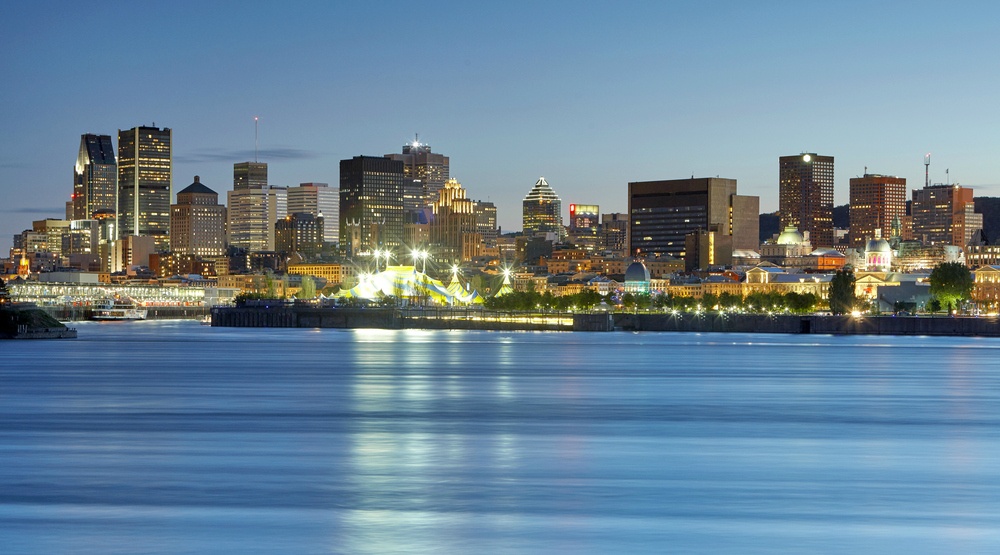 9 ways to beat the Monday blues.

From two major concerts to a hip, underground art festival, here are 9 things to do in Montreal today: March 6th.

Sting, The Police lead vocalist turned solo artist, is going on tour in 2017. His 57th and 9th Tour, named after his twelfth studio album of the same name, will take the “Roxanne” singer across North America and Europe starting in February. As announced earlier this week, the British rocker will be playing shows in Vancouver, Toronto, and Montreal. This tour sees Sting heading to smaller venues around the world, meaning that unlike his prior history playing shows at the Bell Centre, his 2017 stop in Montreal will be at Metropolis on March 6. We can’t imagine anything better than an intimate concert with Sting.
When: March 6, 2017
Where: Metropolis, 59 Rue Sainte-Catherine E

Taking art out of artistic institutions and integrating them into daily life, Art Souterrain is hands down one of the coolest art festivals Montreal has ever hosted. Art Souterrain is a non-profit organized founded in 2009 that is dedicated to showcasing contemporary art, artists, and the “cultural heritage of Montreal’s underground city.” Thus, we can expect art installations to centre on concepts of pleasure, relaxation, sharing, and leisure. Specific forms of play mentioned include video games, theme parks, game rooms, sports, television, and the internet. The best part? Each installation will be set in a different underground tunnel in Montreal.
When: March 4-26, 2017
Where: Montreal’s underground city

International pop star Ariana Grande is back on the road for her biggest tour yet, which stops at the Bell Centre tonight! The Dangerous Woman Tour kicked off in February and includes 36 dates throughout North America. Dangerous Woman is Grande’s third studio album and it captured number 1 spots on both iTunes Overall Top Songs Chart and Top Pop Songs Chart minutes after release.  Dangerous Woman also debuted in the Top 10 of the Billboard Hot 100, earning her the distinction of becoming the first artist to debut on the chart with the lead single from her first three albums. Be sure to stop by the Bell Centre tonight!
When: Monday, March 6, 2017, 7:30 pm
Where: Bell Centre, 1909 avenue des Canadiens-de-Montreal

Concordia is back at it again. Montreal is undoubtedly an artsy city. We love public art, fine art, and even underground art. Thus, it’s no surprise that 2017 is welcoming yet another art festival. Art Matters is unique in that it is a student-run festival, organized entirely by Concordia University students. The event is the largest of its kind in North America and has taken place annually every March since its inception in 2000. Just like previous years, the 2017 edition will showcase 10 exhibitions created by students, spread out over 3 weeks. There will also be parties and special events. In the past, the festival has incorporated different art workshops and all types of art installations including contemporary art exhibits, audiovisual components, and even live music.
When: March 4-27, 2017
Where: Various locations

You can play the hottest new recreational game right here in Montreal. Known as Archery Tag (or Arc Tag for short), Combat d’Archers is the place to spend a Saturday afternoon in Montreal. This new, hybrid sport is a mix of paintball and archery. It sees players running around a room of over 10,000 square feet, using airsoft weapons to tag their opponents. Each session is one hour in length, excluding 20 minutes of training which is required before every game.
When: Monday to Friday 12pm-11pm, Saturday and Sunday 9am-11pm
Where: 3955 Rue de Rouen

Calling all Disney fans! Montreal is set to host the 20th edition of the Montreal International Children’s Film Festival, otherwise known as FIFEM. Taking place between March 4th and March 12th, 2017, this is by far the best way to spend Spring Break in the city. The festival boasts over 100 film screenings from around the world, ranging from documentaries and shorts to animated and fictional films. In addition, the festival will feature workshops on animation and filmmaking, and talks from some of the creators of the films showcased. Screenings and events will be happening all over the city during the first week of March, including Cinema du Parc, Cinema Beaubien, Pointe-a-Calliere, and the Montreal Museum of Fine Arts. Tickets cost just $9 per person, however $75 passports can be bought which gets you into 10 films.
When: March 4-12, 2017
Where: Various locations

The Montreal Museum of Fine Arts has a brand new special exhibition on world-renowned painter, Marc Chagall. The exhibit, titled “Chagall: Colour and Music,” explores the importance of music in Chagall’s life. It is multidisciplinary, featuring over 400 works ranging from sculptures and paintings to photographs and films. In addition, puppets, costumes, stained glass windows, maquettes, and gouaches are on display. According to the official site, “Music was a constant source of inspiration” for the Russian-French artist. “A favourite subject for his creations, it served as an internal rhythm and driving force for his compositions, and a key to the intensity and range of colour in his work.”
When: January 28-June 11, 2017
Where: Montreal Museum of Fine Arts