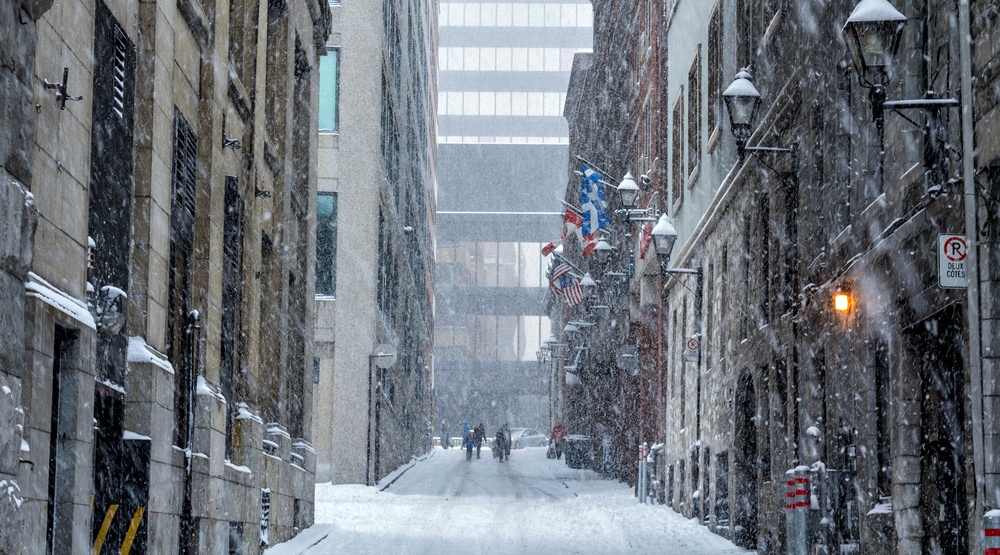 From the last day of Poutine Week to a virtual reality garden, here is everything you need on your social calendar today.

The Phi Centre has yet another cool exhibit happening right now. Titled Virtual Reality Garden: Animation Series, the exhibition showcases a collection of internationally-acclaimed short films including Henry, Eagle Flight, and Minotaur. The programme “juxtaposes animated film and virtual reality,” thus making it one of the most innovative and exploratory art exhibits on display in Montreal.
When: Until March 12
Where: Phi Centre

Music, good vibes, and great connections. Head over to Rosewood tonight for the first time this year and groove to house band, Crawdaddy, as they get things heated up at 9 pm. Then the jam rolls out and is open to the public! All levels of stage experience are welcome. Enjoy yummy food and drinks while musicians of all levels keep things rocking’ all night.
When: February 7 at 9 pm
Where: Rosewood, 60 rue St-Jacques, Montreal

It’s true! Parc Lafontaine now has a Love Lock Fence just like the ones seen in Paris, Berlin, and nearly every major city around the world. Check it out solo or solidify your love with your partner by purchasing a lock (you can even get them at Dollarama), writing your initials on them in permanent marker, and attaching it to this fence in Parc Lafontaine. This activity is perfect for Valentine’s Day!
When: Anytime
Where: Parc Lafontaine

Our favourite food event, La Poutine Week, is back for another year in a row. This time around, it will be happening from February 1st until February 7th, which means it’s time to start creating your plans of attack. Fan favourites and 2016 winners, Dirty Dogs, La Gras Dur, and Shawarmaz, will be participating alongside Bar Brutus, Brit & Chips, Deville Dinerbar, Lola Rosa, Thursday’s, La Banquise, Siam Restaurant Thai, and more. However, 2017 will also welcome a few newcomers, such as Le Bird Bar, Ma Poule Mouilee, Pub BreWskey, Le P’tit Creux du Plateau, Le Smoking BBQ, and Chez Tousignant.
When: February 1-7
Where: Various locations